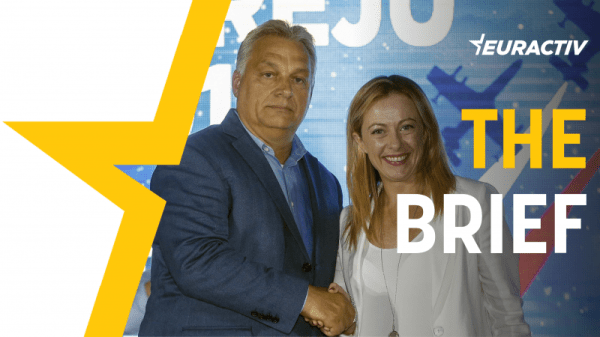 Few political ideas have had more false dawns than uniting the Eurosceptic right in the EU. The latest attempt was in January, when nine far-right and nationalist European leaders, including Hungary’s Viktor Orbán and France’s Marine Le Pen, agreed on a roadmap for a ‘patriotic Europe’ at a meeting in Madrid.

Rewind the clock a few years, and you have Donald Trump’s agent provocateur Steve Bannon spearheading the populist group ‘The Movement’ from across the Atlantic ahead of the last European elections.

Unfortunately, even Bannon could not get them to overcome their differences and ‘The Movement’ obtained zero seats in May 2019.

So Brussels hacks were highly intrigued when Orbán’s party, Fidesz, tweeted on Wednesday that it had signed a ‘declaration of cooperation’ with a collection of ideological allies.

The signatories to the manifesto, which includes commitments to take “firm action against illegal migration”, shift “competences from the EU level back to the member states”, and enable “more direct democracy on EU-relevant issues”, were the Identity & Democracy (ID) group – encompassing Matteo Salvini’s League and Marine Le Pen – and the European Conservatives and Reformists (ECR) of Giorgia Meloni’s Brothers of Italy, the Polish Law and Justice, and the Spanish far-right VOX party.

The idea makes plenty of sense. Put together, these parties and groups account for around 150 seats in the European Parliament, making them slightly larger than the 144 MEP-strong Socialist and Democrat group and second in size only to the centre-right European People’s Party.

By any yardstick, that would make them a force to be reckoned with. Given genuine power, which their fragmentation has hitherto made impossible, the group could take a significant role in shaping EU legislation.

But there is a reason why numerous attempts to unite the right have failed over the last decade.

Despite their ideological similarities, several of the principals passionately dislike each other, and their unity on migration and the culture war is matched by wildly different stances on economic policy and Russia, to take but two examples.

Indeed, no sooner had the alliance been announced than one of its supposed members disavowed it.

“Rumours of an alliance between the ID & ECR Groups, spread by journalists to see how we react, are nonsense,” tweeted the ECR group.

“We, the home of Conservatives in the EU, have been clear: Those willing to sign our founding Prague Declaration, based on centre-right, conservative values, can apply to join,” the ECR added.

Still, reports of the ‘new’ alliance’s demise may prove to be premature and should not be dismissed just yet.

The political logic of forming such a coalition is strong – it would send shivers down the spine of the establishment parties in Brussels. But uniting the right has never been as simple as it seems.

Today’s edition is powered by AWS

AWS and comprehensive data protection in the cloud

In a letter addressed to the EU institutions, Poland warns against introducing any kind of carbon price for heating fuels, arguing that a warm home in winter should not be a market commodity.

European Council President Charles Michel will have to perform a balancing act when he meets Chinese President Xi Jinping in Beijing next week, as he is expected to confront Beijing over human rights and Taiwan while seeking to maintain trade ties.

A letter addressed to MEPs, seen by EURACTIV, suggests that the Commission hopes to appease critics of the revision of the EU’s pesticide framework by dangling a potential liberalisation of new genomic techniques.

EU lawmakers adopted a resolution on Thursday urging the European Commission and member states not to unfreeze EU funds for Hungary over rule of law breaches in the country.

Eastern Europe’s arms industry is churning out weapons and other military supplies at a pace not seen since the Cold War as governments in the region lead efforts to aid Ukraine in its fight against Russia.

Don’t miss the latest Beyond the Byline podcast: Cheap flights are in demise – but why?

Also be sure to check out this week’s EU Politics Decoded: Beware of kites flying in Westminster, and Economy Brief: EU trade ministers try to avert the subsidy race.