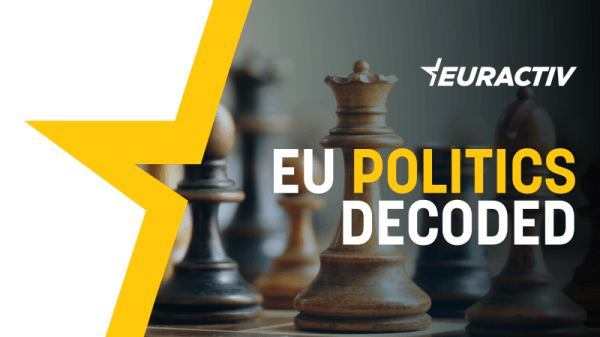 Welcome to EU Politics Decoded where Benjamin Fox and Eleonora Vasques bring you a round-up of the latest political news in Europe and beyond every Thursday.

In this edition, we look at the prospects of the UK’s relationship with the EU changing in the coming years, and how government and opposition are at odds with business leaders on migration.

Reports that UK ministers are looking at ways to scrap trade barriers with the EU to give businesses easy access to the EU’s single market, a la Switzerland, betray several things.

Firstly, Rishi Sunak’s government recognises that the Trade and Cooperation Agreement is a poor substitute for EU membership in terms of trade, particularly as the UK enters what seems set to be a prolonged recession.

Alongside trade in goods and services, the end of freedom of movement also carries a major economic cost.

The UK is particularly reliant on high levels of net migration. According to the House of Commons Library, more people have come to the UK than left each year since 1994.

Since the end of freedom of movement in January 2021, more EU nationals left the UK than arrived – an estimated 12,000 in the year ending June 2021. That has been offset by a large increase in third-country migration. Figures published on Thursday (24 November) by the Office for National Statistics in London stated that net migration hit a record high of 504,000 in the past year, up from 173,000 in the previous year.

The Office for Budget Responsibility has forecast that net migration will be at around 200,000 a year from 2026 onwards.

Even so, businesses are panicking that they cannot fill the 1.2 million job vacancies across the UK, with the hospitality, agriculture and tourism sectors in particular trouble, and are calling for the rules on EU nationals to be relaxed.

However, on migration, the economic will is coming up against the political won’t. Home Secretary Suella Braverman says that she wants net migration to be in the tens of thousands, echoing a promise made over a decade ago – and never kept – by former Prime Minister David Cameron.

Earlier this week, both Sunak and his Labour counterpart Keir Starmer both played down the prospect of loosening the UK’s new immigration rules to increase economic migration. Instead, they said that businesses should focus primarily on the 7 million people in Britain who are unemployed and not looking for a job.

If Sunak is in hock to his party, for whom a hard Brexit is an article of faith, Starmer is trying to reassure the voters in northern England and Wales who voted for Brexit in 2016 and then Boris Johnson in 2019 that he will not re-open the question of EU membership. Consequently, Labour has ruled out a return to the EU single market and freedom of movement.

Sunak’s Conservative party are around 25% behind Labour in opinion polls, a margin that will take a near miracle to overturn in the next two years. It is also hard to imagine that a Labour government would not seek closer economic and political ties with the EU. In other words, the kite-flying in Westminster, and the wider state of UK politics, suggests the current Brexit settlement is unlikely to remain intact for long.

Chart of the week

The chart below shows migration flows to the UK since its exit from the European Union. 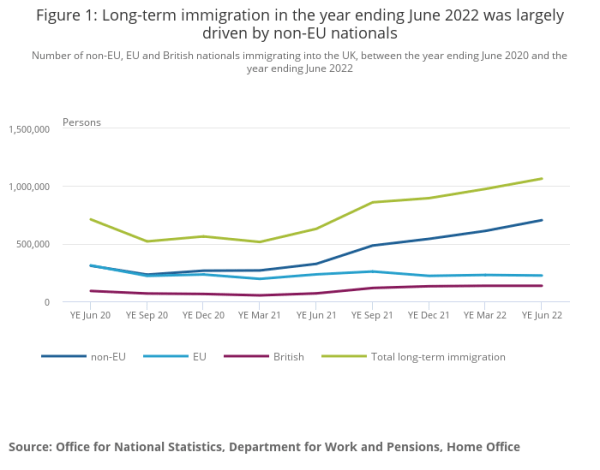 Italy-France reconciliation? Italy and France agreed on Wednesday to set up bilateral working groups and cooperate in strategic sectors, seemingly thawing the icy relationship that developed over the reception of migrants from the Ocean Viking rescue vessel.

Spanish government, banks to ease mortgage conditions for vulnerable citizens. An agreement to help one million vulnerable citizens mitigate the impact of inflation on their monthly mortgages was announced by the government and representatives of the banking sector on Tuesday.

There is a gas price cap, finally. The European Commission tabled its long-awaited proposal for a measure to limit excessive gas prices on Tuesday (22 November) following months of pressure from EU countries. However, the agreement left many disappointed. France, Spain and other member states have called on the Commission to “significantly raise its ambition” on a proposed EU gas price cap ahead of an extraordinary meeting of the bloc’s 27 energy ministers in Brussels on Thursday (24 November).

Greenlight for gender quotas for company boards. The European Parliament gave its final approval on Tuesday (22 November) to a law that will implement quotas to boost gender balance on corporate boards across the bloc.

What we are reading

The next week in politics