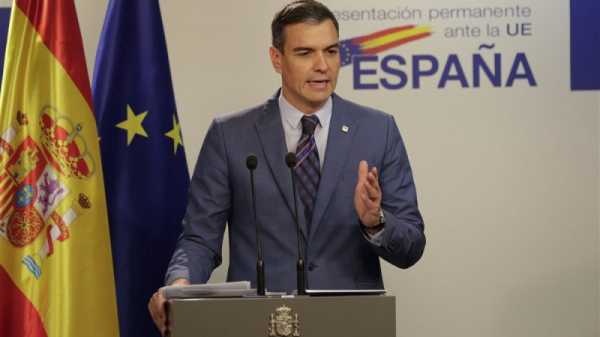 The European Commission’s proposal for a gas price cap is clearly insufficient and not going in the right direction, said Spanish Prime Minister Pedro Sánchez on Wednesday (23 November).

Sánchez made these comments at a joint press conference with his Romanian counterpart Nicolae Ciuca – the first summit between the two countries.

On Tuesday, the European Commission presented its proposal to cap gas prices, which sets the maximum price at €275 per megawatt-hour (MWh) in exceptional cases.

The price proposed by the Commission contrasts with the limit set by the so-called “Iberian derogation” in Spain and Portugal, which since 15 June, limits the price of gas for electricity generation to a range of between €40-70 /MWh for 12 months.

The Commission’s approach could have “perverse effects”, including price increases, said Spain’s prime minister. All efforts should be made to ensure that the next European Council in December agrees on a proposal that truly responds to the challenge being faced by households, industries and companies in Europe, he insisted.

The Commission should show “ambition” and “commitment”, which is still lacking in the tabled initiative, he said, pointing to the skyrocketing gas prices.

To that end, the prime minister promised to defend “political will” at the European summit in December.