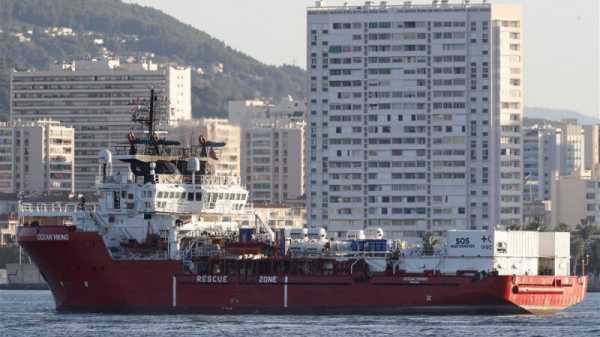 Italy and France agreed on Wednesday to set up bilateral working groups and cooperate in strategic sectors, seemingly thawing the icy relationship that developed over the reception of migrants from the Ocean Viking rescue vessel.

Relations between Paris and Rome have been on ice since France let the Ocean Viking with 230 migrants on board dock into its Toulon port after Italy refused to do so.

“We had a long, cordial and at the same time frank and concrete conversation”, said Enterprise and Made In Italy Minister Adolfo Urso after he met with his French counterpart Bruno Le Maire on the sidelines of the European Space Agency ministerial meeting in Paris on Wednesday.

“Based on the Quirinal Treaty, it was concluded (…) to start immediately those bilateral tables that can allow us to identify common criticalities and opportunities”, he added.

The website adds that the energy crisis “on which Italy and France are on the same page, in terms of the decisions we expect from the European Union” was centre-stage.

“We talked about the major dossiers on which our partnership is measured: automotive, energy, steel, the dossiers of Made in Italy and luxury goods, in the knowledge that the industrial partnership is the future of Europe”, continued Urso.

The two also discussed the EU’s strategic autonomy on defence, energy and digital issues and committed to holding regular meetings involving another one of the bloc’s major industrial partners: Germany.

“With France and Germany, we agree on the importance of the trilateral cooperation that Italian industry has developed over time with German and French industry, which will be enhanced at the meeting on 2 December”, explained Urso.

The day before, on Tuesday, Le Maire and his German counterpart, Economy Minister Robert Habeck, agreed to an understanding between both countries and decided to collaborate in strategic sectors.