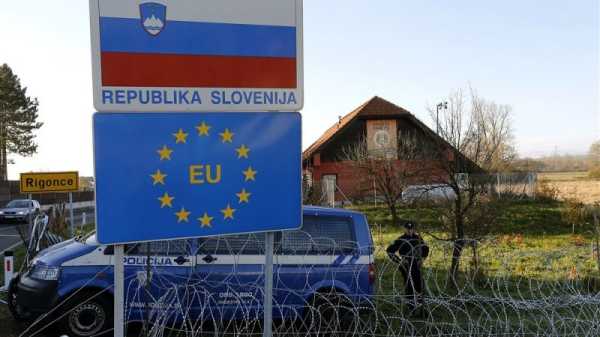 Slovenian police caught 32,042  migrants who irregularly crossed the border last year, a 214% increase compared to the previous year that is largely due to a huge influx of persons from Afghanistan, Burundi, India, Pakistan and Russia, the latest statistics show.

Afghanistan was the biggest single-source country with 6,010 migrants recorded, a figure that nearly doubled compared to a year ago.

It was followed by Burundi, of which 5,000 nationals arrived through irregular means in Slovenia last year. A legal loophole that has since been closed allowed them to travel visa-free to Serbia, from where they then proceeded to the EU.

Indian nationals accounted for the third largest group. Allowed to travel visa-free to Western Balkan countries, almost 3,900 entered illegally last year, up from only 73 in 2021.

Pakistan and Bangladesh have long been major source countries, but the number of migrants from both increased substantially last year.

Police caught almost 2,400 Pakistanis, up from 1,500 a year ago, and 2,100 Bangladeshis, more than double the figure recorded last year.

Almost all those who have been apprehended, nearly 31,500 individuals, expressed their intention to request international protection, a stark contrast to 2021 when there were under 6,000 such cases.

However, much like in recent years, the vast majority leave the country before they submit a formal asylum request; under 7,600 did so.

The number of people Slovenia received from foreign law enforcement rose as well, from 248 to 427, whereby the figures for neighbouring countries changed little.