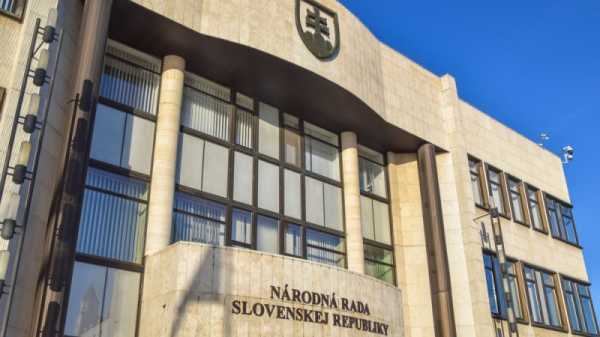 The idea of a constitutional block on electoral reform is gaining ground among parties, including the strongest OĽaNO party, who fear the next coalition may copy Hungarian Prime Minister Viktor Orbán and reform the electoral system for longtime rule.

Slovakia’s provisional government amended the constitution to convene a date for a snap election at the end of September.

Fearing that future governments could change the constitution for other ends, the strongest OĽaNO party said it would only submit a vote in favour of the amendment that would contain a block against changing the electoral system.

“There is an obvious threat, that the next elections may be the last democratic election if we don’t put such a barrier in the constitution,” the leader of the Ordinary People and Independent Personalities (OĽaNO) Igor Matovič said.

“I think it’s a real concern,” Employment Minister Milan Krajniak from the We Are Family party added.

“Why don’t we create a mixed electoral system that allows professional and skilled people to get into parliament? The regional elections have shown that we need to start talking fundamentally about this issue, only then will we move forward,” Pellegrini said.

Matovič believes Pellegrini has stricken a deal to push for a mixed system, with the former prime minister and Smer-SD leader Robert Fico, who ranks second in the polls.

The constitutional amendment has been the condition of Matovič’s OĽaNO for the support of another constitutional law to shorten the election cycle and set a date for the snap elections after the government of Eduard Heger (OĽaNO) lost the no-confidence vote in December.

After the current government lost the no-confidence vote, Heger tried to find a new majority, but ultimately failed. Subsequently, parliamentary parties negotiated a term for a new election, which is expected to be held on 30 September.

Some opposition parties such as Fico’s Smer-SD, Hlas-SD and two far-right parties pushed for elections to be held as soon as possible – in May or June.

The September date is favoured by former coalition parties and some of the independent National Council members, who have a combined voting power that surpasses the 90 votes required to change a constitution.