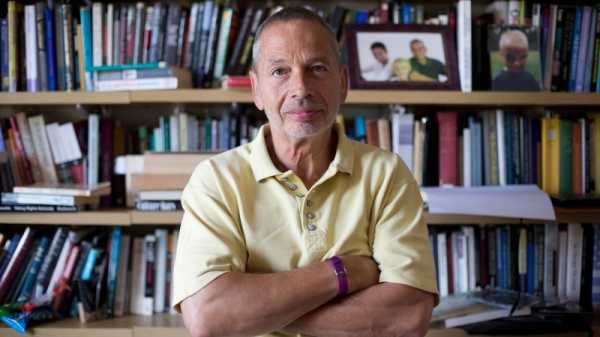 A new and provocative think tank has entered the Brussels policy wonk scene, ready to throw down the gauntlet by attempting to challenge Hungary’s “toxic reputation”. And MCC Brussels has no intention of copying the &#8220;boring” competition either.

That starts with its location. MCC’s office is a short walk from Sainte-Catherine square and downtown Brussels, well away from the European quarter and most of the EU-focused think tanks, and MCC’s director Frank Furedi says that the decision to be well away from the ‘ EU bubble’ was a deliberate one.

“This is more real. I wanted us to forge relationships with local people and I wanted us not to be part of the scene. I know what the Westminster bubble is like and it’s very incestuous and you kind of lose sight of reality,” Furedi told EURACTIV.

In 2020, the Hungarian parliament gave MCC a 10% stake in oil and gas company MOL and in pharma firm Gedeon Richter, valued at a combined $1.3bn, plus an additional $462 million in cash and $9 million of property.

The head of its board, Balázs Orbán, is Viktor Orbán’s political director.

Balázs Orbán says the new think tank will take the battle to the EU institutions on “the money, the war, the sanctions, the global minimum tax agreement, migration in general, gender (identity), judiciary and the future of Europe.”

However, Furedi is more circumspect.

He said he wants MCC to break the mould of EU think tanks having “sterile discussions” focusing on technocratic analyses of EU policies.

Instead, he plans to hold conferences and debates on education, the role of museums, geopolitics and, provocatively given the long-running dispute between the Fidesz government and the European Commission, the rule of law.

“Think tanks are really boring – they are as boring in Britain as they are here – partially because they already know what they are going to say,” he says.

“What we are going to be doing here and hopefully it will work is to do proper research like in universities, having academics work with us on a long-term basis. We hope to become a focus of interest, and to have substantive debates.”

A Hungarian-born academic and emeritus professor of sociology at the University of Kent in the UK, who founded the now-defunct Revolutionary Communist Party 45 years ago, Furedi is, at first glance, an unlikely ally of Orbán and Fidesz.

He is quick to play down the importance of MCC’s links to Fidesz.

“Almost every think tank or NGO has some kind of political affiliation. All I can do is say that you must judge us on our work,” he says.

“I’m not a Fidesz member, MCC Brussels is not expected to support a party line. But I do support the way they have stood up for Hungary’s values and independence, not because I necessarily agree with all those values but because they have the right as a government that has been elected regularly with massive support and this time even the opposition had to admit that,” he adds.

That said, Furedi says he wants to do something to challenge Hungary’s image in Brussels which he describes as “distorted and caricatured”.

“It’s a challenge to somehow project certain values and views into a world that is extremely devoid of genuine discussion and debate.”

“Just being Hungarian is provocative enough because of the toxic reputation of Hungary and I figured that if I did something to try to establish its authority as something to be taken seriously rather than something horrific and fascistic,” says Furedi.

He contended that while supranational institutions, including the EU, struggled to take control during the COVID-19 pandemic, the EU should take a more ‘federalist’ approach to energy policy across the bloc

“If you look at the EU’s performance during the pandemic, it was evident that if you wanted to get vaccines you relied on your national government, not the World Health Organisation or the EU.”

“If you look at the situation today, and I regret this very much from the war in Ukraine, it’s very clear to me that Germany, France, Holland…everybody is trying to find their own way of sorting out the energy problems that they have, it’s very parochial,” he says.

However, he is a convinced ally of the Orban government when it comes to the rule of law dispute with Hungary and Poland, and the question of ‘EU values’.

“This is one area where I’m totally with Hungary – I don’t think it’s their (the EU’s) business to dictate values to other countries,” Furedi said, adding that Brussels is the aggressor in the dispute because “people see Hungary’s values as an insult to them.”

“It’s illegitimate to say that there’s only one interpretation of EU values”, he said, accusing the European Commission of being “very selective” in how it interprets rule of law violations.

“Spain and Germany are not held to the same values on rule of law violations,” he said, pointing to Spain’s judicial system, which he describes as “fairly politicised”.

“The independence of the judiciary in terms of its insulation from political pressure in Hungary is not that far away from many other countries, America being a very good example.”

His theory is that the EU’s focus on diversity is an attempt to deal with a longstanding legitimacy deficit.

“It is trying to find ways and means of legitimating itself, and because of its technocratic orientation you need something with moral depth to underpin.”

He said the EU had decided that “the most important value is diversity, not equality”, arguing that “the idea that you make a value out of diversity and that somehow that is intrinsically good is a sign of intellectual poverty.”

In the meantime, one of Furedi and MCC’s first projects will focus on education and specifically what it says is the politicisation of history teaching.

“I think that it’s very interesting that we have all these narrow technical discussions, but we never have a serious debate about the purpose of education, at a time when education is in trouble everywhere across Europe and struggling to maintain standards,” he said.

He added the first six to twelve months are crucial for the new think tank. “I want to demonstrate from the work we do that we are serious. Unless we establish a profile for ourselves we’ll just be seen as another thinktank.”