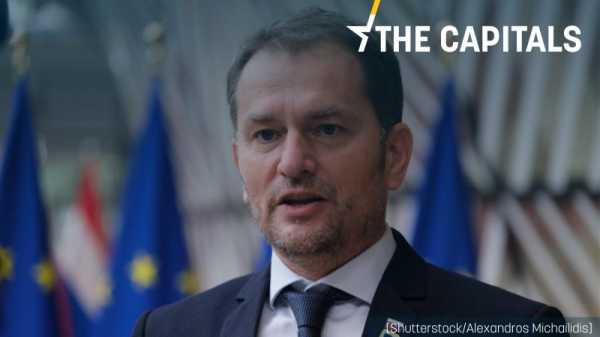 Before you start reading today’s edition of the Capitals, feel free to have a look at EU fruit, vegetable producers scramble to save harvest as energy prices soar by Natasha Foote.

Today’s edition is powered by AWS  AWS and comprehensive data protection in the cloud How do organisations successfully navigate compliance within Europe? What are the cross-border data transfer requirements? AWS experts Esther Stringham (AWS Legal) and Hans Bos (AWS Security Assurance) dive deeper into both topics. Watch the webinars >>

After Finance Minister Igor Matovič refused to give up his seat, his party is now in charge of a minority government and if it fails, Slovakia’s first-ever snap election could give the power to the parties accused of corruption he vowed to defeat. Read more.

How France lobbied against Commission’s proposal on platform workers’ rights. France heavily lobbied the European Commission over the rights of platform workers, favouring the position of platforms and raising more concerns of collusion between French decision makers and industry lobbyists, according to documents obtained by EURACTIV. Read more.

EU Parliament fights over sustainability criteria for insurance sector. In attempts to reach a common position on the review of prudential regulation for the European insurance sector, MEPs expressed starkly diverging opinions on whether and how to account for climate risks in the regulation. Read more.

Poland seeks partners on nuclear, in talks with US, France. Poland is talking with several potential partners to launch nuclear energy in the country, with the aim to have six reactors operating before 2040, Prime Minister Mateusz Morawiecki said on Monday. Read more.

Croatia to unveil ‘comprehensive’ crisis plan this week. A new crisis package, due to be unveiled by the Croatian cabinet on Thursday, will be “just, powerful, comprehensive,” Prime Minister Andrej Plenković said after a meeting of his ruling conservative HDZ party on Monday. Read more.

Albanian ruling party proposes lustration for electoral candidates. Albania’s Socialist Party has submitted two draft laws to parliament that would prevent anyone who worked for State Security (Sigurimi) during the brutal communist regime from running as a candidate during any government election. Read more.