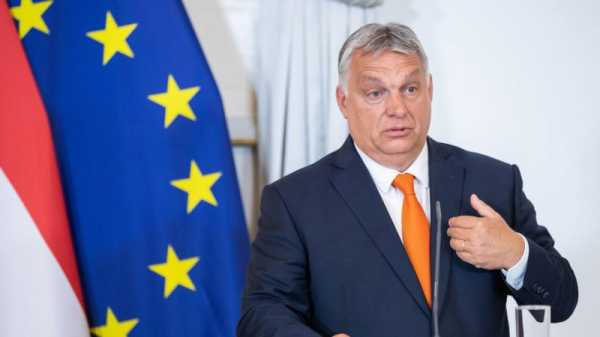 Hungary, where Viktor Orban’s Fidesz has been in power uninterrupted since 2010, is the most ‘stable’ government in the EU, according to a new analysis published on Friday (23 September).

The data gathered by Pantarhei, a Vienna-based management consultancy, ranks Hungary at the top of its ‘EU instability index’, followed by Cyprus, Lithuania, Luxembourg and Germany.

Spain, Bulgaria and Italy, all of which have seen a combination of weak coalitions and regular changes in government in recent years, are ranked as the most volatile in their ‘EU instability index’.

The index is based primarily on how many parties are in the government and how many administration changes have occurred over the last two parliamentary mandates.

Orban’s political dominance in Hungary has seen his party win decisive majorities, with two-thirds of the parliament in the last four general elections entrenching his illiberal democracy model.

However, last week the European Parliament endorsed a resolution claiming that Hungary had become a “hybrid regime of electoral autocracy” and could no longer be considered a full democracy.

Elsewhere, Pantarhei’s analysis suggests that governments across the bloc are having difficulty surviving for a full term. “This has resulted in a seemingly permanent state of flux, with parties almost constantly in election mode. And this limits their ability to give answers to significant and pressing political questions,” it states.

It points out government changes during the last two parliaments in 21 of the EU’s 27 member states, including four governments in Bulgaria, six in Austria and Italy and seven in Romania.

Italy’s snap elections on Sunday (25 September) are expected to continue this trend, with the far-right Brothers of Italy party led by Giorgia Meloni widely expected to top the polls. However, it is unclear how and whether they would be able to form a government.

“The era of major parties and the resulting clear political conditions in the EU member states appears to be over,” says Pantarhei, adding that “coalitions comprising three or more parties have become the new normal.”

Against this backdrop, the 2024 European elections are likely to pose another stress test for the establishment parties, with far-right and nationalist parties set to make significant gains at the expense of the centre-right EPP, Socialists and Democrats, and Renew Europe.

Pantarhei’s analysis argues that increasingly unstable national governments have impacted EU decision-making, making it easier for proposals to be blocked by member states but harder for the Council of Ministers to reach common positions, leaving the political initiative to the European Commission.

“The nature of governing has been changing significantly across Europe: More fragmented, more volatile. This also impacts the ability to establish pactability for fundamental political decisions in the Council,” Pantarhei managing partner Gilbert Rukschcio told EURACTIV.

The fact that the European Commission and Parliament are bound by fixed, five-year mandates also contributes to their stability and political influence.