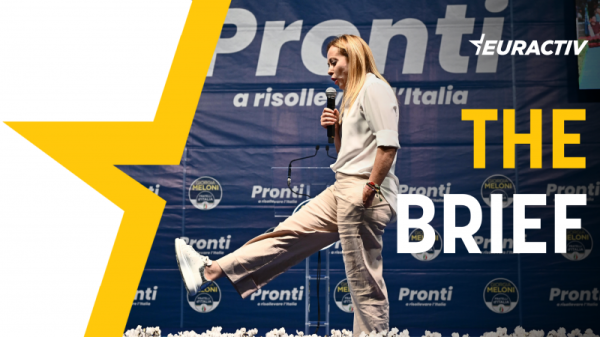 Another week, another election, and another rejection of the political establishment.

In Sweden last week, the big gainers were the Sweden Democrats, a far-right nationalist party who will be kept out of government only because of a cordon sanitaire by the mainstream parties who will, nonetheless, rely on Sweden Democrat votes in parliament if their government is to survive.

In Italy, where voters go to the polls on Sunday (25 September), the opinion polling suggests that two of the three best performing parties will be Brothers of Italy – likely to top the polls for the first time – and the Five Star Movement, neither of whom existed fifteen years ago.

Gains for once far-right, nationalist or populist parties are now becoming too routine to be dismissed as exceptions. They are following a clear pattern.

Ever since the 2008-2009 financial crisis, political pundits have speculated on the reasons for the slow decline of European social democracy.

That malaise continues. Olaf Scholz’s social democrats may lead the German government, but their victory last September was more about the collapse in support for the Christian Democrats than any significant gains.

The left’s decline owes much to a loss of political identity and moribund leadership. Socialist
governments across the bloc signed up to and implemented austerity measures in the wake of the financial crisis, leaving voters facing a decision between austerity or austerity-lite. It is no surprise that they have taken their votes elsewhere. It is also hard to think of a single charismatic and inspiring left-wing leader in Europe over the last decade.

However, the decline of the centre-left now appears to be accompanied by collapsing support for moderate right-wing parties. The CDU of Angela Merkel recorded its worst ever result last September.

The Republicans in France, once the country’s dominant party, plummeted below 5% in May’s presidential elections. Forza Italia, Silvio Berlusconi’s centre-right party, is set to drop well below 10% of the vote.

The sense of managed economic decline over the last decade – which conservative and Christian democrat parties have presided over – also explains the rise in populist and nationalist parties of the right and left across Europe. Unlike moderate parties of right and left, they offer quick fix policies, easy answers on migration and taxation and, importantly, new political faces.

With the exception of Spain and Germany, the political maps in Europe’s main countries have been radically redrawn.

There are a couple of exceptions: Viktor Orban’s Fidesz party in Hungary and the UK Conservative party, which remains in power after 12 years and five general elections. In the process, however, it has morphed into an increasingly nationalist and populist party since Brexit, today unveiling another £100 billion programme of tax cuts and subsidies of energy prices that will push public debt to new highs.

Similarly, Fidesz can no longer be regarded as a moderate conservative party.

Part of the historical success of conservativism and conservative parties in Europe has been their greater capacity to adapt than their socialist and liberal rivals. Faced with the new wave of populism, the question is how and whether they can do it again.

Today’s edition is powered by AWS

According to IDC, achieving the highest levels of data protection doesn’t have to come at the cost of innovation in the cloud. IDC’s new Trusted Cloud Report looks at how European organisations can accelerate their digital transformation while meeting data sovereignty needs.

On the same day, the European Commission announced a historic donation of €715 million to the Global Fund to Fight AIDS, Tuberculosis and Malaria at the UN Summit in New York.

In the wake of criticism over a lack of practical, on-the-ground support for Ukraine, Chairman of the National Defence and Armed Forces Committee of the French National Assembly Thomas Gassilloud said France had taken all the right steps to show Russia the invasion is unacceptable.

Amid skyrocketing prices of gas, oil and electricity, Germans are increasingly turning to wood to heat their homes, causing prices to nearly double compared to last year.

Members of the European People’s Party (EPP) can’t seem to agree on a shared way forward over the platform workers’ directive. As the EPP shadow rapporteur, Dennis Radtke, is deemed too close to the centre-left, frustrations are mounting.

The Commission has finally released its long-awaited European Media Freedom Act, but it has stirred controversy in a number of directions. Listen to Renate Schroeder, Director of the European Federation of Journalists, and Ilias Konteas, Executive Director of EMMA-ENPA, on this week’s Beyond the Byline podcast.

Despite the positive signals since the start of the year, the EU’s public discourse still needs more consistency when it comes to defence, Niklas Nováky told EURACTIV.

And lastly, don’t forget to check out our Agrifood and Tech Briefs.