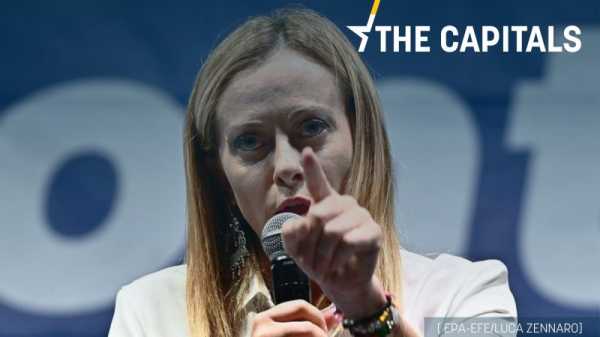 How should the ECB manage inflation? By supercharging a clean energy transition.

While the European Central Bank struggles to get a lid on inflation and the European Union strives to cut its Russian gas dependency, Reclaim Finance launches a new report analyzing climate-related inflations and providing recommendations for the ECB to achieve price stability by supporting the EU clean energy transition.

Germany will likely continue down the path of intensified relations with Italy that started under the previous administration, even if a Georgia Meloni-led government is formed after the elections on Sunday. Read more.

MEPs seek to streamline enforcement in EU’s political ads rulebook. The MEPs from the leading parliamentary committee have tabled a series of amendments on the upcoming rules for political advertising, notably on the implementation, sanction regime, definition and public ad repositories. Read more.

Austria in violation of EU labour market laws. The European Commission has notified the Austrian government of its failure to signal the transposition of new EU labour market directives, kickstarting the bloc’s infringement procedure that could end at the European Court of Justice. Read more.

Asylum ship arrives in North Holland. Silja Europa, a cruise ship that will accommodate 1,000 asylum seekers between now and February, arrived in Velsen-Noord, in the north Holland province, on Wednesday. Read more.

Finland: Uniper’s nationalisation a ‘regrettable’ necessity, relief. The long-anticipated announcement that the German State will take full control of the Finnish energy company Fortum’s subsidiary Uniper was seen in Finland mostly as an unavoidable measure and a relief despite the heavy losses. Read more.

Find out more in this week’s edition of the Beyond the Byline podcast: Italian elections: What are the possible scenarios?

Domestic ‘disinfluencers’ dominate Italy’s electoral disinformation. Disinformation ahead of Italy’s snap parliamentary election on 25 September is mostly spread by domestic actors with a self-interested agenda. Along with disinformation, independent fact-checkers have also questioned the feasibility of most electoral programmes. Read more.

Uncertainty provokes constant updates to Portugal’s 2023 budget. The government is working on the macroeconomic scenario of the state budget for 2023 in a context of uncertainty and volatility, which leads to permanent updates, Finance Minister Fernando Medina said on Wednesday. Read more.

Czech MEP: EU-Azerbaijan gas deal was mistake. Pirate party MEP Markéta Gregorová is doubtful about the gas imports memorandum signed between the EU and Azerbaijan as, according to her, the EU should learn from its previous experience with Russia and not increase its dependence on dictatorships. Read more.

Polish politicians, experts speak out on Russian mobilisation. Poles, whose country borders Russia, have reacted with concern over Russian President Vladimir Putin’s announcement he will mobilise 300,000 reservists, although they agree the war is not going the Kremlin’s way. Read more.

Romanian parliament raises MPs’ salaries, claims only mayors targeted. The Romanian senate adopted a law that raises the wages of public officials as of 1 November but some say it will only apply to low-paid mayors. Read more.

Serbia added to human rights watch list over Europride, freedom of assembly. Serbia was added on Thursday to the CIVICUS Monitor’s International Human Rights Watch List with the rating of ‘obstructed’ due to the prohibition of EuroPride by the police with the backing of President Aleksander Vucic and other human rights violations. Read more.

Minister: EU funds were used for over 1,000 programs in Serbia. From 2004 to the end of 2020, the Union invested more than €400 million in cross-border and transnational cooperation programs in which Serbia also participated, the Serbian minister in charge of the country’s accession to the EU, Jadranka Joksimovic, said on Wednesday. Read more.

Albanian’s trust in EU took hit in 2021. Albanian confidence in the EU fell by four percentage points in 2021, from 75% in 2020, according to the Trust in Governance poll conducted by the Institute of Democracy and Mediation. Read more.