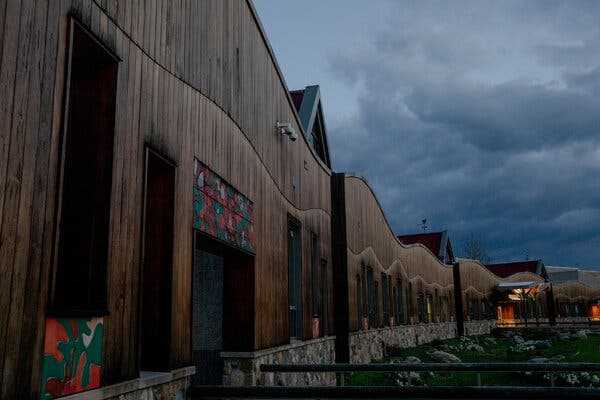 Sandy Hook elementary school in Newtown, Conn. The original school building was torn down after the 2012 mass shooting, and this new building reopened in 2016.

Alex Jones began lying about the Sandy Hook shooting within hours after it occurred and continued until he was sued. But because Mr. Jones was removed from virtually all major social media platforms in 2018 and refused to provide evidence in the Sandy Hook litigation, lawyers for the families had to dig deep to show the jury what he actually said about the shooting on his radio and online show.

Some of the clips existed on other social media accounts; some were retrieved from an old Infowars feed unearthed by Dan Friesen and Jordan Holmes, whose comedy podcast, “Knowledge Fight,” analyzes Jones’s mendacious broadcasts and his role in American conspiracy theories.

Mr. Jones’s Sandy Hook commentary went on for years. Here is a small sampling of what he said:

After Robbie Parker, whose daughter Emilie died at Sandy Hook, gave a news conference the night after the shooting, Mr. Jones said: