President Biden has selected Dr. Renee Wegrzyn to lead the Advanced Research Projects Agency for Health, which is aimed at driving biomedical innovation. 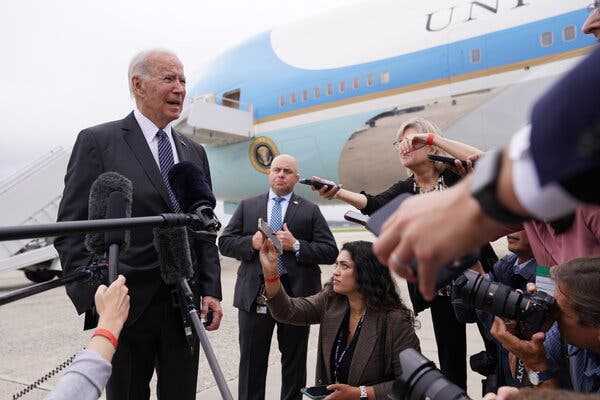 President Biden, whose son Beau died of brain cancer in 2015, has a deep personal commitment to advancing cancer research.

Mr. Biden will announce his intention to appoint Dr. Wegrzyn, along with a series of steps to promote his so-called cancer moonshot initiative, during a speech at the John F. Kennedy Presidential Library and Museum in Boston on the 60th anniversary of the former president’s “moonshot” speech that ushered in an era of space travel.

Mr. Biden, whose son Beau died of brain cancer in 2015, has a deep personal commitment to advancing cancer research. He helped create the cancer moonshot when he was vice president and proposed the new biomedical agency this year as part of an effort to reinvigorate the initiative and, he has said, to “end cancer as we know it.”

Dr. Wegrzyn is currently a vice president of business development at Ginkgo Bioworks and the head of innovation at Concentric by Ginkgo, the company’s initiative to advance coronavirus testing and track the spread of the virus. She also worked at DARPA and its sister agency, the Intelligence Advanced Research Projects Activity.

“Some of the problems we face every day — especially in health and disease — are so large they can seem insurmountable,” Dr. Wegrzyn said in a statement provided by the White House. “I have seen firsthand the tremendous expertise and energy the U.S. biomedical and biotechnological enterprise can bring to solve some of the toughest health challenges.”

Congress has appropriated $1 billion for ARPA-H, which is housed within the National Institutes of Health. While its director is not a Senate-confirmed position, Mr. Biden may face pushback from Republicans, some of whom have argued that the new agency duplicates the N.I.H.’s efforts.

The White House announcement drew praise from Ellen V. Sigal, the chairwoman of Friends of Cancer Research, a nonprofit that works with industry and government to advance new therapies. Ms. Sigal called Dr. Wegrzyn “an inspired choice,” adding, “She is a proven innovator and leader who knows science, knows how to make government work and understands the urgency for patients across the country.”

In addition to announcing his intent to appoint Dr. Wegrzyn, Mr. Biden on Monday issued an executive order establishing a biotechnology and biomanufacturing initiative intended to position the United States as a leader in the field and to center drug manufacturing in the country. The coronavirus pandemic exposed critical weaknesses in the supply chain for drugs and live-saving therapies.

“The United States has for too long relied heavily on foreign materials for bioproduction,” the White House said in a statement, “and our past offshoring of critical industries, including biotechnology, presents a threat to our ability to access key materials like including the active pharmaceutical ingredients for lifesaving medications.”