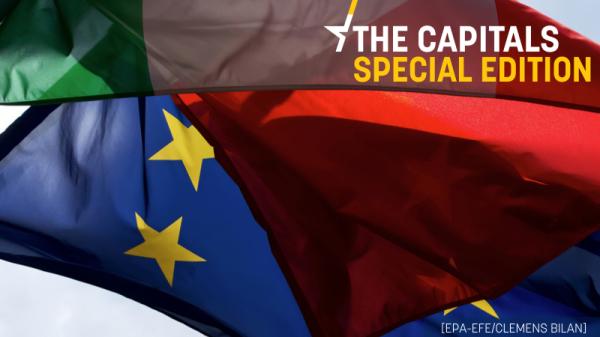 The EU occupies a more prominent role in the upcoming Italian general elections on Sunday. For the first time, some parties put their European political family affiliation, the European People’s Party (EPP) and Renew Europe, in their electoral insignias. In addition, the implementation or renegotiation of Italy’s recovery plan, the country’s relationship with the bloc, and political alliances within the EU are all part of the debate, even if overshadowed by energy prices and fiscal promises.

Still, the EU may well define the next legislature, even despite current alliances. Silvio Berlusconi went as far as to claim that if his allies were to take an anti-EU stance, Forza Italia would not join a government with them. But based on this comment, he might not have read their programs. 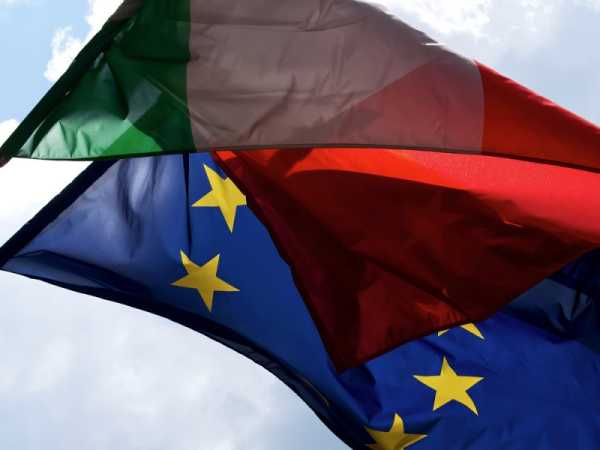 The EU in the Italian electoral campaign

The EU is occupying a prominent role in the upcoming Italian general elections on Sunday. For the first time, some national parties have put their European political family affiliation, the European People’s Party (EPP) and Renew Europe, in their electoral …

Where do parties stand on implementing reform pledges made in return for COVID recovery funds? Who supports pooling sovereign debt or excluding investments from EU fiscal rules? A European Confederation waiting room for EU hopefuls? And who has forgotten about Russia when mentioning Ukraine?

This Special Edition of The Capitals offers an in-depth analysis of the main parties’ programs regarding the EU, Italy’s role and relationship with the bloc, and an assessment of the electoral campaign from a European perspective, provided by EURACTIV Italy.

Fratelli d’Italia’s (Brothers of Italy) program is nationalist and more western than pro-European and positions  Italy as a force to be reckoned with in the EU and  Mediterranean. Party chief Georgia Meloni re-proposes Charles De Gaulle’s view of a Europe of nations, opposing the extension of qualified majority voting (QMV). She also asks for economic governance reform but has yet to provide details on what this would entail in practical terms. The party favours a European defence within NATO but, again, is short on details. The political blueprint also left out the proposals of the far-right manifesto on the future of Europe that the party signed last year, such as the precedence of national law over EU law and critique of the single currency. It remains to be seen if this results from an electoral calculation or a more structural change of political positions. Read more.

On the other hand, the Lega (League) program is explicitly nationalist and stands against any further European integration. While Italian participation in the EU and NATO is upheld, it differs significantly from the current Draghi government’s pro-European and western stance. Party leader Matteo Salvini considers the EU “increasingly bureaucratic and removed from the people”, close to an enemy, and wants to retain unanimity as much as possible. EU programs, such as the ‘Fit for 55’ climate package, are considered a danger to the Italian way of life and competitiveness and an attack on the ‘Made in Italy’ brand. On Ukraine, the League asks for a peace conference but does not mention Russia’s aggression or EU sanctions. It does not mention the single currency, despite previous party members being vocal opponents of the euro. Read more.

Forza Italia’s program on the EU is entirely different from its allies due to its membership in the centre-right European People’s Party. It highlights its western and pro-European commitment and asks for “a single common European foreign policy” and an “army of common defence”. It favours the extension of QMV to the European Council decisions and wants a European “Marshall Plan” for Africa and the compulsory redistribution of immigrants. It demands the revision of the Stability and Growth Pact, favours excluding investment from deficit calculations, and wants to make the EU’s ad hoc COVID recovery fund (NGEU) structural to finance European public goods, including defence and industrial migration policies. It also proposes gradually mutualising national debt. It mentions the war in Ukraine but not Russian aggression or EU sanctions. Read more.

The Democratic Party (PD) supports European strategic choices such as the NGEU, the Green Deal and the digital transition. For the party, the EU is a framework to deal with Italian and European problems. PD endorses treaty reform to overcome unanimity, create a common defense and foreign policy and implement the proposals of the Conference on the Future of Europe. PD wants to turn the Stability Pact, the bloc’s fiscal rules, into a Sustainability Pact – combining investments for ecological transition with gradual fiscal consolidation while also backing expanding the sources of EU revenue. Party leader Enrico Letta also supports a broader European confederation as an antechamber to full bloc membership, allowing for initial coordination on strategic choices with EU hopefuls. It condemns the Russian invasion of Ukraine and calls for European support for Kyiv. Read more.

Più Europa (More Europe) demands treaty reform to proceed toward the United States of Europe. This would include the abolition of unanimity, the completion of the economic and monetary union – with a fully-fledged treasury responsible for federal taxation and debt, a banking union and a single external representation of the Euro-area – and a single foreign and defense policy. It would also encompass uniform European electoral law and strengthening the Spitzenkandidat process whereby the candidate from the European political party winning the European elections becomes the European Commission president. Più Europa condemns the Russian aggression and expresses support for Kyiv, also militarily. Read more.

The list set up by Sinistra Italiana (affiliated with the European Left) and Europa Verde (European Greens) has a joint program which devotes relatively little attention to the EU. Still, it recognises it as “a political space to be defended, deepened and changed”, strengthening “the democratic process (…) in its supranational dimension, starting with a greater centrality of the European Parliament and overcoming the mechanism of national vetoes”. While calling for a single European foreign and defense policy for peace, a social Europe of solidarity takes centre stage in the political blueprint, including EU debt to finance investments and debt mutualisation. The parties envision a common and welcoming migration policy. They condemn Russian aggression but do not mention military support to Ukraine. Read more.

The list set up jointly by Azione and Italia Viva also displays their affiliation to the liberal Renew Europe political family. The program’s starting point is the need to fully implement national reforms pledged to receive the EU COVID recovery funds, the National Recovery and Resilience Plan (NRRP). It juggles actions to be taken at the national and EU levels, reflecting a single multi-level system of government. It proposes gradually creating a European defense towards implementing the 1999 Helsinki Headline Goal of a 60,000-strong rapid reaction force. It asks for an EU gas price cap and a single migration policy, including the redistribution of migrants. It supports treaty reform to ban unanimity, calls for completion of the economic and monetary union with the banking union, and the expansion of the EU revenue stream, known as own resources. It supports a federal Europe and its creation even by a vanguard of countries if some are initially unwilling to proceed. Read more.

The 5 Star Movement’s (M5S) contribution to the collapse of the Draghi government broke its alliances and forced it to run alone. The first program it published was short, vague and devoted little attention to the EU, but the second is longer, providing more details. M5S is against increasing military expenditure but is in favour of European defense. It blames Italy’s economic stagnation on the central bank’s inability to buy Italian debt and austerity policies. It wishes the COVID recovery fund to become permanent, coupled with an Energy Recovery Fund, and a reform of the bloc’s fiscal rules in a way that would exclude green investments from deficit. M5S supports treaty reform, starting with the abolition of unanimity and increasing EU powers regarding health, energy, migration, foreign, security, and defense policies. This marks another shift for the M5S from an initially nationalist (the party was at certain points allied with Brexiteer Nigel Farage in the European Parliament and Salvini in the Italian government) to a more pro-European stance, even if it remains unaffiliated with a European political family. It condemns Russian aggression toward Ukraine and calls for a peace conference, but material support to Ukraine is not mentioned, even if its bid to join the EU is welcomed. Read more.