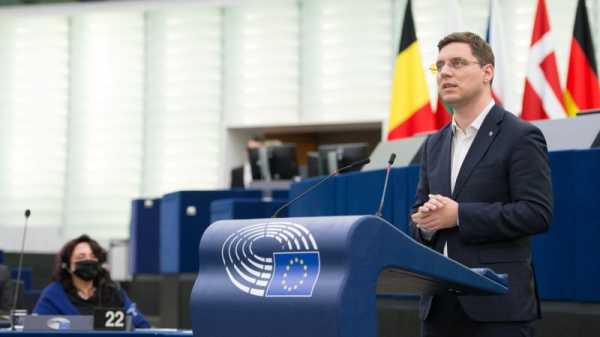 There is no more time for delay. Romania and Bulgaria have long met the criteria and deserve to be part of the Schengen area, argues Victor Negrescu.

Victor Negrescu is an MEP in the Socialist and Democrat group and Romania’s former EU Affairs Minister.

With approximately 1.7 million citizens commuting between Schengen countries and 3.5 million individuals crossing internal borders every day, according to European Commission estimates, the Schengen area has the potential to bring even more opportunities to European citizens, bolster European inter-trade, and enhance border security.

The original plan of the Schengen area was to unite Europe. It has achieved this goal in parts of Europe, but not in the whole of the European Union. European unity cannot be viewed as complete without the accession of Romania and Bulgaria to the Schengen area. In this context, the Justice and Home Affairs EU Council this December will represent a key moment that could finalize the two countries’ process of achieving Schengen membership.

For many years already, Romania and Bulgaria have fulfilled the necessary technical conditions and requirements for full Schengen membership. The two countries are part of all the technical instruments specific to the Schengen area but are not benefitting from its opportunities. At the European level, there have been important voices confirming that such a decision is, indeed, tangible and needed.

As early as 2011, the European Parliament stated that Romania and Bulgaria had prepared to accede to the Schengen area. The delay in the procedure could not be legally explained by EU institutions and I include myself among those that support legal action at the EU Court of Justice, which could be an option if no decision is made this year.

One key moment in this process was represented by the petition initiated by PES activists in Romania and registered to the European Parliament, which generated a special resolution in support of Schengen enlargement. In 2018, a European Parliament resolution stressed that the deferral of Romania and Bulgaria’s accession has not only negatively impacted the two countries, but the EU as a whole.

In 2021, the European Commission called on the Council to take the necessary steps in order for the two countries to be part of the Schengen area, followed by another positive evaluation from the Commission that was published the following year. In its 2022 State of Schengen report, the Commission reiterated the importance of completing the area of free movement and, again, called upon the Council to adopt the decisions so that Romania and Bulgaria start benefiting from full membership.

In August, German Chancellor Olaf Scholz asserted his support for the two countries’ membership of the Schengen area and said that the upcoming meetings would be about “closing the remaining gaps”. Romania and Bulgaria’s accession to the Schengen area has also been announced as a priority of the Czech Presidency of the EU Council.

In early September, I submitted an oral question, requesting a debate in the European Parliament on the Schengen accession of the two countries. More than 50 MEPs from different political groups and countries have supported my call for the EU Council and the Commission to present a calendar for accession and promise a vote in December. The debate takes place today, and a resolution will be approved at the next October session in two weeks’ time.

All of these elements confirm what the two member states and the EU institutions have stated over time: Romania and Bulgaria have a positive record in ensuring the protection of the EU’s external borders and in offering their solidarity, in particular in the context of the war in Ukraine.

The will and capacity of these countries to respect the Schengen acquis have been visible throughout the years, highlighting all-round support for their accession, which represents a national desideratum and a key factor for the unity and future development of the European Union. The completion of the process of accession must be decided this year as all data show that Romanians and Bulgarians deserve to be part of the Schengen area.