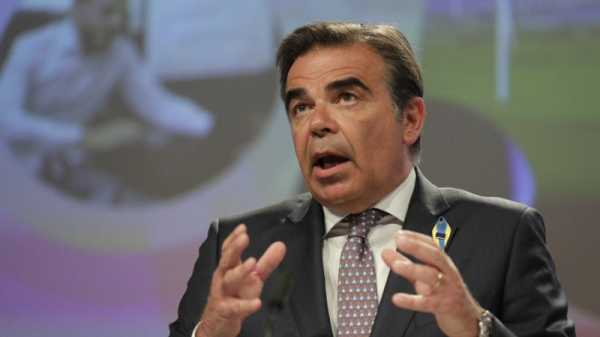 There is no contradiction between fighting people smugglers and preventing departures, EU Commission Vice President Margaritis Schinas said during a press conference on Friday (25 November) at the end of an extraordinary meeting of EU ministers on migration.

The meeting was called after Italy’s crisis in early November, when Giorgia Meloni’s new right-wing government started a tug-of-war with a number of NGO boats rescuing would-be migrants attempting to cross the Mediterranean Sea.

Preventing departures and improving returns and re-admissions were the main priorities outlined by EU ministers on Friday, who declared that they had found common ground on how to deal with migration.

The EU’s common priorities include preventing “departures and avoid[ing] loss of life, to address the root causes of migration and fight against smuggling networks and to significantly improve return and readmission”.

However, not all organisations involved in search and rescue missions agree in the benefit of agreements with third countries.

NGO Doctors Without Borders argued that the Italy-Libya agreement, in place since 2017, “contributes directly and materially to the refoulement of men, women and children, but also supports detention centres – officially called ‘reception centres’ – where people are subjected to inhuman and degrading treatment, are abused and killed”.

Elsewhere, ministers emphasised the need to establish a “more resilient migration and asylum system” and to “reform the EU asylum and migration pact as soon as possible”.

They also expressed “commitment to increase efforts to implement the solidarity mechanism agreed by a number of member states in June”.

Prior to the meeting, Greek Migration and Asylum Minister Notis Mitarakis noted that the the voluntary relocation mechanism “will only place less than 1% of all arrivals in MED5 countries this year,” referring to front-line migration countries Greece, Cyprus, Italy, Malta, and Spain.

Ministers also acknowledged the Commission’s action plan presented earlier this week for the central Mediterranean and called for similar plans to be presented by the EU executive for other migration routes, such as via the Western Balkans.

The Commission blueprint was designed chiefly to “reduce irregular and unsafe migration” by working with international organisations and several north African states, including Morocco, Tunisia, Egypt and Libya, and to create “a more coordinated approach on search and rescue” and push to implement the voluntary solidarity mechanism. 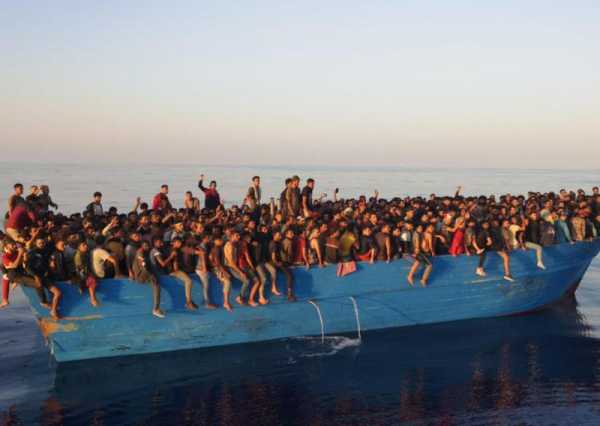 The Temporary Protection Directive is unlikely to be activated for the current migration crisis in the central Mediterranean, EU Commissioner Ylva Johansson said on Monday (21 November).

For his part, UN High Commissioner for Refugees Filippo Grandi urged the EU to “put safety and solidarity at the heart of its action in the Mediterranean and along all other migratory routes”.

Grandi added that the “desperate situation in the Mediterranean does not replace the need for wider reforms for a better managed and fair common asylum system as proposed in the EU Pact on Migration and Asylum”.

“But people cannot afford to wait,” he concluded.

The UNHCR also pointed to the “vital importance of rescue at sea by all actors, including NGO rescue vessels”.