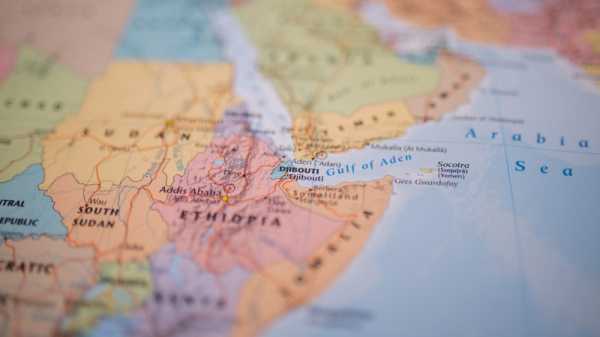 The EU must scale up its emergency humanitarian assistance to countries in the Horn of Africa which are facing famine following the worst droughts in a generation, MEPs urged the European Commission.

The region’s countries import about 90% of their cereal products from Russia and Ukraine, and the effects of the ongoing conflict on wheat and grain imports, fertiliser and other agricultural inputs, are compounding a bleak situation.

Prior to the war in Ukraine, 20 million people were already at risk of famine due to unprecedented droughts and locust invasions in recent years.

“We need to move away from the paternalistic approach that has sometimes marked EU’s engagement with the region, adopting a more egalitarian and mutually beneficial approach to this partnership,” said Fabio Massimo Castaldo, an Italian lawmaker from the Five Star Movement, who drafted the Parliament’s position, which was backed by a large majority on Wednesday (5 October).

“We call for a re-focusing on large projects and macro issues, putting the local population at the centre of the European interest, with the aim to consistently and tangibly improve their living conditions,” he added.

The Horn of Africa region, as well as the neighbour Red Sea and the Gulf of Aden, is becoming an area of strategic relevance, the Parliament report states. It points out that more than 12% of global seaborne cargo transit through the Red Sea, and 6.2 million barrels of crude oil and other petroleum products transit through the Bab Al-Manded strait every year.

EU lawmakers added that since Russia and China are competing to increase their relevance in the region, the EU should also enlarge its presence.

The humanitarian crisis caused by the war has been exacerbated by the worst drought in East Africa in a generation. The World Bank estimates that between 10 and 15 million in Ethiopia face acute food insecurity.

Up to 77 million people in eastern and southern African countries are already experiencing acute food insecurity, because of ‘an unprecedented convergence of overlapping shocks and stressors’, including droughts and locust invasions combined with high prices for food, agricultural inputs, and energy.

Most of those people are in Ethiopia, South Sudan and Somalia, where millions are facing or projected to face starvation or are at risk of reaching starvation, according to a report published last week by the World Bank.

However, the return to fighting after an eight-month ceasefire between Ethiopian federal forces and Tigrayan rebels in the north of Ethiopia has resulted in tens of thousands of battlefield deaths in the last month. The civil war in Ethiopia has also deflected attention from the imminent famine that faces 7.5 million people in Somalia, according to the World Bank.

On Wednesday, the EU’s chief diplomat Josep Borrell told the European Parliament that the EU wants to “help to strengthen an African solution to this African crisis and prevent a further regionalisation of the conflict.”

The EU’s foreign affairs chief added that the European Commission had redirected an additional €146 million to East Africa and the Great Lakes region, to support them to face the food crisis.