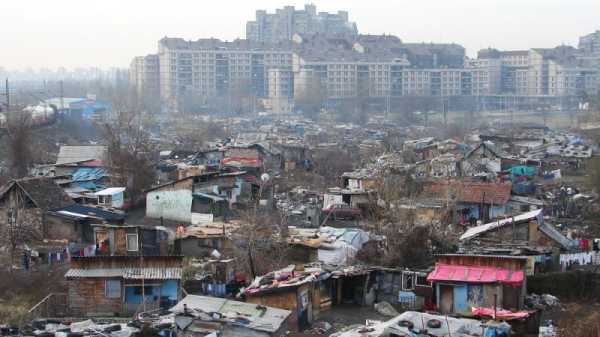 The European Parliament on Wednesday (5 October) passed a resolution acknowledging the plight of Roma people living in settlements in the European Union and the need for changes in national policy to improve the lives of these communities.

The resolution called on member states to ensure that EU funds earmarked to support Roma settlement communities are used effectively and to further integrate Roma populations into their societies.

Many Roma – Europe’s largest ethnic minority – live in impoverished settlements that lack widespread access to clean running water, electricity, and working sewage systems. As several members of the Parliament noted during their speeches on the issue on Tuesday (4 October), some settlements don’t even have paved roads.

High unemployment, school dropout and infant mortality rates in the settlements, were among the main problems that Slovak liberal MEP Lucia Ďuriš Nicholsonová and others attributed to segregation and a lack of political will to address it.

“Because of this segregation policy, they have created a whole generation of people who don’t have basic education, who are dependent on state aid, and cannot find jobs on the labour market,” Ďuriš Nicholsonová said, referring to the Slovak government’s policy of having Roma children attend “special” schools that she said often lack the resources they need to help students succeed.

Several EU policies, including the European Structural Investment Fund and European Social Fund Plus, provide member states with resources to support efforts to address these issues.

But according to Ďuriš Nicholsonová, many national governments, including in Slovakia, opt instead to either spend the funds elsewhere or refuse the money entirely.

“During previous Slovak governments, EU funds were funnelled away that were meant for these marginalised Roma communities, that were meant to help the long-term unemployed, for example, to help [with] retraining courses,” she said.

“A lot of European money was given out, but unfortunately, it brought very little added value to these Roma communities […] When it comes to European funds, Slovakia has one of the lowest uptake rates: around 70% of the money is unspent,” she added.

The resolution passed on Wednesday only strongly encourages member states to improve their practices when it comes to Roma integration and advancement. Some members believe that this move is insufficient to achieve the changes the Parliament wants to see.

“This is a message, a clear message, that just relying on recommending member states to do things, it’s not the right way to go forward,” Dragoş Pîslaru, a Romanian liberal, said.

“The other part is investment,” he added. “This is an investment into European future. So just allowing [Roma] the opportunity and breaking the vicious circle is the way to go forward.”

Spanish socialist MEP Estrella Durá Ferrandis called for an “instrument to be able to make sure that there are no abuses of the use of EU funds in the settlements of the Roma community.”