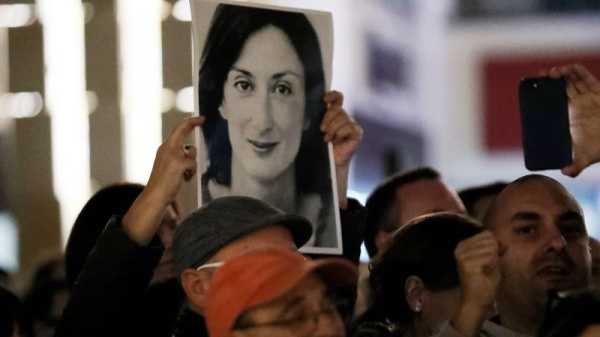 Malta’s government is continuing to stifle independent journalism and must take steps to protect media freedom and step up investigative efforts into the assassination of journalist Daphne Caruana Galizia in 2017, the Council of Europe stated on Thursday (6 October).

Media freedom in the EU’s smallest member state remains under pressure as journalists continue to face challenges in access to information and face Strategic Lawsuits Against Public Participation (SLAPPs) from state agencies in response to freedom of information requests.

Furthermore, a number of lawsuits are still pending against Caruana Galizia, now inherited by her bereaved family.

“The Maltese authorities must ensure that legislative work launched pursuant to the public inquiry report into the assassination of Daphne Caruana Galizia complies with international standards and is fully open to public scrutiny and participation”, said the Council of Europe Commissioner for Human Rights, Dunja Mijatović.

The Strasbourg-based Council of Europe, (CoE), though not an EU institution, is a body designed to protect human rights and democracy.

In a report that looked into the circumstances leading up to Caruana Galizia’s death and whether the government could have prevented it, the CoE made a number of recommendations on how to improve protection for journalists.

The Maltese government has made three legislative proposals which were formally presented on 28 September, including anti-SLAPP provisions.

These include the media sector as a whole and certain restrictions on the use of SLAPPs, which are a ‘step in the right direction’, according to Mijatovic.

However, in a letter to Malta’s Prime Minister Robert Abela, Mijatović expressed concern that the ‘committee of experts’ tasked with drawing up the laws had “not reached out to civil society or the broader journalism community,” and that its working process “lacks transparency”.

She also urged the Maltese government to “avoid taking measures that may impinge on media freedom and the public’s right to know.”

She noted that convicting all of those involved in the murder of Caruana Galizia is necessary to uphold the rule of law and Malta’s human rights obligations, particularly in terms of freedom of expression and media freedom.

These proposed changes from the government have received short shrift from the investigative portal The Shift News. The award-winning, independent portal was set up shortly after Caruana Galizia’s assassination and has been instrumental in documenting the investigation while unearthing constant corruption, criminality, and graft in Maltese politics and public life.

The portal reported government institutions were failing to reply to freedom of information requests relating to contracts and payments between a media oligarch and the government. They took the matter to the Data Protection Commissioner who ruled in favour of the 40 requests, covering every government institution.

Instead of handing over the information, however, the government filed 40 individual appeals in court, naming editor and founder Caroline Muscat as the plaintiff. So far 12 rulings have been handed down, all in favour of The Shift, while the government is moving to appeal those decisions also.

The result is a legal bill of at least €40,000, more than half the portal’s annual operating budget.

“The appeals already send a chilling message to media actors and the Maltese people at large that the government is ready to vigorously counter efforts to place official information under public scrutiny,” wrote Mijatović in his letter to Abela.

In response, Abela stated the new bills would “guarantee a very high level of protection for journalists and other media actors.”

“This is nothing more than an attempt to shut us down. While Prime Minister Robert Abela talks about his defence of the free press by distributing taxpayer money to compliant media, he has launched a war that threatens the survival of a newsroom that holds the government to account,” The Shift said.