Seth Magaziner, the general treasurer of Rhode Island, in his office in Providence.

Seth Magaziner, the general treasurer of Rhode Island, won a crowded Democratic congressional primary in the state on Tuesday, according to The Associated Press, and is now headed into what could be one of the most competitive general elections on New England’s House map.

Mr. Magaziner will face Allan Fung, the former mayor of Cranston, R.I., who would be the state’s first Asian American member of Congress. The seat, which represents Rhode Island’s Second District, opened up after Representative Jim Langevin, a Democrat who has held it since 2001, decided against running for re-election. Mr. Langevin endorsed Mr. Magaziner, who also received the Rhode Island Democratic Party’s endorsement.

Mr. Magaziner initially ran for governor but switched to the congressional race after Mr. Langevin announced his retirement.

Mr. Magaziner was first elected as general treasurer in 2014 and was re-elected in 2018. He is running on a message that includes support for abortion rights and clean energy and for lowering prescription drug costs, and he has emphasized opposition to the “Trump agenda.” The League of Conservation Voters’ affiliated super PAC advertised on his behalf.

Mr. Magaziner defeated candidates including Sarah Morgenthau, who served in the Obama and Biden administrations. She is part of a prominent political family that includes her grandfather, Henry Morgenthau Jr., who was President Franklin D. Roosevelt’s secretary of the Treasury, among several other notable names.

Like Mr. Magaziner, she spent significantly on the airwaves. She had emphasized the history-making potential of her candidacy, noting in advertising that the state has “never sent a Democratic woman to Congress.”

Mr. Magaziner is the son of Ira Magaziner, a veteran of the Clinton orbit. He recently moved from a Providence home in the First District to a new spot in nearby Cranston, R.I., in the Second.

The district, which includes much of the southern and western parts of the state, appears heavily Democratic, but a poll this summer — conducted before the Supreme Court overturned Roe v. Wade — showed Mr. Fung, who has positioned himself as a middle-of-the-road pragmatist, with a lead over all of his potential Democratic opponents.

The political climate has changed drastically since that poll, and Mr. Magaziner has indicated that he intends to try to tie Mr. Fung to national Republicans, and to paint him as too conservative for the district.

Mr. Fung twice lost governor’s races to Gina Raimondo, who is now the U.S. secretary of commerce. But Republicans hope the contest this year will remain competitive in an environment that has improved for Democrats, even as they still confront significant headwinds. 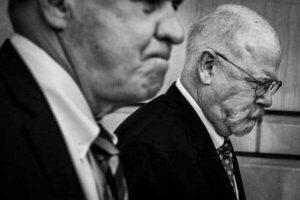 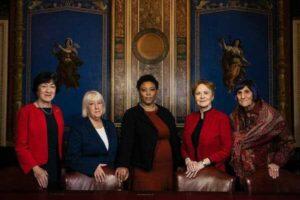 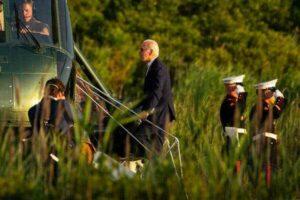