A tense battle may soon resume over the stalled $10 billion pandemic aid package that senators failed to pass earlier this month. 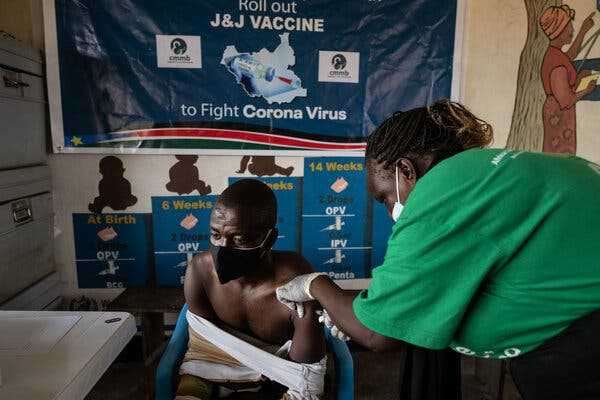 Millions of coronavirus vaccine doses that the United States has already purchased and could send abroad could soon expire because of the impasse in Congress over additional pandemic aid, Senator Chris Coons has warned.

Senators failed to pass the stalled $10 billion package before leaving for a two-week recess earlier this month, despite increasing pressure from the White House to approve emergency aid for new vaccines, therapeutics and research.

Mr. Coons, a Democrat from Delaware who has been one of the negotiators of the package in the Senate, framed global aid as a “critical” national security matter on CBS’s “Face the Nation” on Sunday, saying that expanding international access to vaccines was “the best way to protect the American people from the next variant.”

Public health experts have repeatedly stressed that vaccine inequity allows new and potentially more dangerous variants to emerge. Only 16 percent of populations in low-income countries have received at least one dose of a vaccine, according to data compiled by the Our World in Data project at the University of Oxford, compared to 80 percent in high- and upper-middle-income countries.

Still, $5 billion in funding for global vaccination aid was stripped from American lawmakers’ latest proposal on the package in an effort to appease Republicans’ spending concerns.

Senator Chuck Schumer of New York, the majority leader, has said he was planning for future negotiations on another package that could include the global vaccination aid.

Mr. Schumer said President Biden supported the $10 billion deal — as do several other Democrats — given the pressing need to approve domestic aid. Without it, the White House has said, the United States could run out of Covid-19 treatments and coronavirus tests starting in May, just as the national rolling average of new cases has begun to trend upward. As of Sunday, an average of more than 37,000 new cases were being identified each day in the United States, an increase of 39 percent from two weeks ago, according to a New York Times database.

It remains unclear when a vote on the stalled aid package might take place. Dr. Ashish K. Jha, the new White House Covid-19 response coordinator, on Sunday urged lawmakers to take up the matter as soon as they return from recess next week.

“Let me be very clear on why we need the money,” he said on “Fox News Sunday.” “We’re going to have a new generation of vaccines — my hope is, in the fall. There are a lot of really promising treatments coming down the pipe. None of those things are going to be available for the American people if Congress does not step up and fund these efforts.”