The new House speaker is from California and the president is again asking for a bill to reimpose an assault rifle ban, but Congress is unlikely to muster any bipartisan consensus. 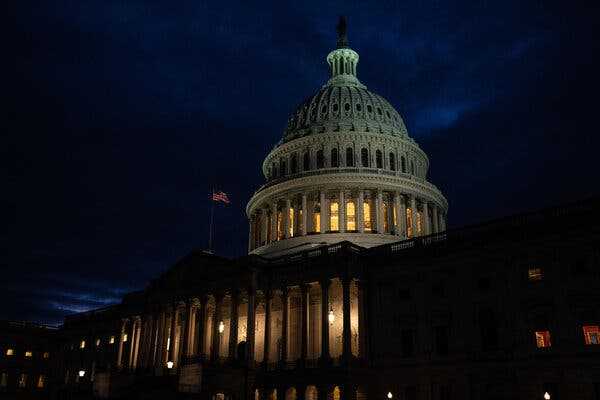 The Capitol earlier this month.

WASHINGTON — The back-to-back mass shootings in California have once again underscored a political reality on Capitol Hill: Even after a pair of massacres that have shaken the country, Congress is unlikely to muster a bipartisan consensus to enact any additional gun control measures.

At the Capitol on Tuesday, as leading Democrats joined President Biden’s call for action, Republicans — including Speaker Kevin McCarthy, whose state was the scene of the latest gun rampages — remained silent. The divergent reactions reflected the gulf between the two parties on the issue, even after they came together last year to push through the first major gun control legislation in decades.

Negotiators regarded that modest measure, which was aimed at keeping firearms out of the hands of dangerous people, as the furthest they could go in forging a bipartisan compromise on the issue. Now that it is law, the prospect of enacting other, more aggressive steps like reinstating a ban on assault weapons appears all but impossible.

“It’s clear that the prevalence of guns in our country has made tragedies like this one too frequent,” Senator Chuck Schumer, Democrat of New York and the majority leader, said on Monday, reacting to the shooting over the weekend in Monterey Park, Calif., where 11 people were killed in what police called the deadliest mass shooting in Los Angeles County’s history. “While the Senate passed bipartisan gun safety legislation last year, and that was very welcome move, more should be done.”

Just hours after Mr. Schumer spoke on the Senate floor, a gunman killed seven people in two locations in Half Moon Bay, Calif.

“No other nation fetishizes violence and guns like we do,” Senator Chris Murphy, Democrat of Connecticut, said on Twitter. “No other nation cares so little about who owns the machinery of mass slaughter.”

Mr. Biden said on Tuesday afternoon that he was sending Vice President Kamala Harris to California and again voiced his support for an assault rifle ban.

“Our hearts are with the people of California,” the president told reporters as he hosted Democratic congressional leaders at the White House. “The vice president’s going to be going out. I’ve been talking with Gavin Newsom and Judy Chu and Anna Eshoo and Hilda Solis, and we’re working out a number of things that we can and are going to be doing.”

He cited legislation introduced by Senator Dianne Feinstein, Democrat of California, to reimpose the assault rifle ban, which expired nearly two decades ago.

“I am asking you all to send that to my desk as quickly as you can,” Mr. Biden said, even though he knew the chances of it passing a Republican House were slight.

Democrats have conceded that they do not have the 60 votes necessary to overcome a Republican filibuster and pass a new ban. Even if they did, there is little chance that Mr. McCarthy would bring up such a measure for a vote in the House, where Republicans adamantly oppose an assault weapons ban or any measure seen as infringing on gun rights.

Last year, when Democrats still controlled both chambers in Congress, Mr. McCarthy whipped his members to vote against the bipartisan legislation that went on to become law in June, which enhanced background checks for prospective gun buyers ages 18 to 21. It also provided incentives for states to pass “red flag” laws that allow guns to be temporarily confiscated from people deemed, by a judge, too dangerous to possess them.

By passing that bill, the Senate shattered nearly three decades of congressional paralysis on toughening the nation’s gun laws.

Even then, the legislation was not seen as a harbinger of a new era of bipartisan compromise on an intractable issue , but rather a brief moment of bipartisanship that would be difficult to replicate. Most Republicans opposed the bill, and the majority of those who backed it were not up for re-election.

Those who did were branded as “RINOs,” or Republicans in Name Only, by former President Donald J. Trump, who is running for re-election, and by some of the more extreme members of the House Republican Conference, which now holds the majority.