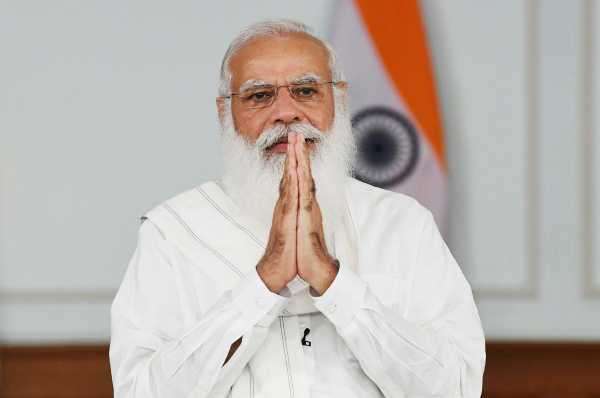 They say history repeats itself, first as a tragedy and then as a farce. At the dawn of India as a republic, several Western and Indian scholars, including Dr. Babasaheb Ambedkar, had reservations about its survival as a democracy. Widespread poverty, illiteracy and deep-rooted social divisions based on caste and religion were considered as serious threats to meaningful implementation of universal enfranchisement.

For all his follies, Jawaharlal Nehru, India’s first prime minister, understood the importance of building democratic institutions and, with a few exceptions, worked tirelessly to nurture them. The 1975-1977 emergency under Indira Gandhi was the first open assault on the system. It was a tragedy. Now, under the leadership of Prime Minister Narendra Modi, Indian democracy is in danger of devolving into a farce.

A Modi-fied India Has Weakened on the World Stage

By suspending the constitution, along with fundamental rights, incarcerating political opponents and censoring the media, Mrs. Gandhi canceled all local elections and ruled by decree. While Indira Gandhi’s authoritarianism was largely secular, her son Sanjay Gandhi’s forced sterilization drive of Muslims in the name of population control shocked the national conscience. In less than two years, a strong opposition coalesced around an agenda to save the constitution and regain fundamental rights.

What prompted Indira Gandhi to call for fresh elections in 1977 remains a mystery. However, she paid the political price through her drubbing at the hands of a united opposition. In due time, the judiciary took corrective measures by apologizing for its failures during the dark era. In contrast, recent utterances and actions by India’s judiciary, the opposition and the ruling party are truly baffling.

Consider a recent speech by N V Ramana, the chief justice of India, lamenting the demise of investigative journalism in the country. The judiciary is expected to be above the political fray, but it is hard to believe that it is oblivious to ground realities. It strains credulity that the chief justice is not aware of the prevailing toxic media environment aided by anonymous fundraising, questionable changes in the Right to Information (RTI) Act and the indiscriminate use of legislation like the sedition law and the Unlawful Activities (Prevention) Act (UAPA) against journalists. Barring exceptional circumstances where suo moto action is warranted, the judiciary can act only through cases presented to it.

However, several cases related to anonymous electoral bonds, RTI changes and sedition/UAPA claims are pending in the Supreme Court. Given the track record of the past three chief justices, such a statement would have been a case of chutzpah. Since Chief Justice Ramana’s heart seems to be in the right place and he has been more active than his predecessors in some cases related to fundamental rights, perhaps we can call it ironic.

Then there is the specter of a rudderless opposition. We can discuss the Indian National Congress when it finds a full-time president. Out of the other two parties vying for national attention, Mamata Banerjee of the Trinamool Congress brings back memories of Congress-era socialism that Modi had promised to move India away from. Assorted schemes for social justice and women’s empowerment have helped her guard her home turf against Modi’s juggernaut, but West Bengal is not exactly a shining example of industrial dynamism.

Banerjee could be a socially liberal counterweight to Modi’s rabid Hindutva-laced pseudo-nationalism, but her instincts are every bit as authoritarian. Rather than offering a new kind of politics, her currency is her willingness to go head-to-head with the ruling Bharatiya Janata Party’s (BJP) scorched earth tactics and street brawls. While some of this bare-knuckle politics can be a necessary evil, her track record in tolerating dissent, promoting freedom of expression and encouraging entrepreneurship does not inspire confidence.

The Aam Aadmi Party (AAP) is a strange creature. While it has built a decent track record of administering New Delhi for seven years, it does not have a guiding philosophy by design. In addition to focusing on education and healthcare in the capital, the AAP has also done reasonably well in managing its balance sheet with good trade and tax policies. However, its central plank of offering freebies, although popular among some sections, harken back to India’s Nehruvian past.

Socially, by not taking a strong stand vis-à-vis the 2019-20 Shaheen Bagh protests against the Citizenship (Amendment) Act (CAA) and embarking on a temple run, the AAP seems to be gunning for a Hindutva-lite posture. An anti-corruption crusade and developing policies through consensus on the go might work in assorted state elections, but the lack of a socio-economic vision will hurt the AAP in general elections where voters are suckers for stories. Unless it comes up with its version of India’s legacy, national destiny and its place in the world that includes coherent defense and foreign policies, it will not be a serious competitor to the BJP nationally.

The lion’s share of the credit for turning India’s growth story into a farce goes to Modi, the Rashtriya Swayamsevak Sangh (RSS) and their obsession with Hindutva. Just like every previous administration, Modi has a few successful initiatives to boast of. His infrastructure building spree has forced erstwhile social justice politicians to focus on this long-neglected need. Government schemes for building toilets, offering cooking gas and safe drinking water have borne some fruits. The startup economy saw a record number of unicorns in 2021, although most of them are helping India formalize unorganized sectors and catch up with the developed world.

In the process, Modi is learning what the erstwhile Nehruvian politicians realized a few decades ago, namely that it’s easy to distribute someone else’s money until it runs out. In spite of “Make in India” and the rebranded “Atmanirbhar Bharat” campaigns, the share of manufacturing in India’s GDP has gone down from 16% to 13% under Modi’s leadership and employment in the sector has halved. Exodus from manufacturing toward inefficient agriculture has increased poverty among Indians. The service sector might see an uptick after the COVID-19 pandemic subsides, but with the pace of automation and Modi’s hodgepodge of trade barriers, even an unlikely rebound in manufacturing will not lead to robust economic recovery.

The effects are visible in the government’s borrowings and the historic unemployment crisis. The once-in-a-century pandemic is not Modi’s fault and the debt-to-GDP ratio going from around 70% to 90% is understandable. The prime minister was dealt a bad pandemic hand and chose surgical fiscal interventions instead of putting cash in people’s hands, which would have further exacerbated inflation.

However, had the pre-COVID Indian economy not been in the doldrums because of Modi’s bad stewardship, interest rates on the borrowing would not have shot up by 30-60 basis points before the 2022 budget, pushed up further by 20+ points as soon as another massive borrowing program was announced in the budget. With the US Federal Reserve staring at a series of interest rate hikes in 2022, borrowing might get even dearer for India.

The resulting policy muddle and unemployment crisis are so stark, that even Arvind Subramanian, Modi’s former chief economic adviser, and Varun Gandhi, a parliamentarian from his own party, are finally speaking up. They are openly discussing India missing the boat of attracting manufacturers fleeing authoritarian China and seeing the demographic dividend — one of the few advantages India has over China that it cannot quickly fix — turn into a demographic disaster. While the rich will find ways to evade taxes and the poor don’t pay any, it is the middle class — enamored by the Hindutva ideology — that will shoulder the soaring debt.

The story gets more farcical in BJP-ruled states. To placate unemployed youth, Haryana has passed a draconian job reservation law that reinstitutes Congress-era license raj and bureaucracy. In Uttar Pradesh, the BJP’s infrastructure poster-boy Yogi Adityanath has his own brand of lawlessness, exhibit A being the unconstitutionality in dealing with anti-CAA protestors.

Allahabad’s high court has already struck down critical provisions of Uttar Pradesh’s new “love jihad” law. That has not stopped Karnataka from wasting the state legislature’s time in debating an even more draconian and unconstitutional anti-religious conversion bill. Industry honchos drawing up plans to attract global talent to Bangalore seem unaware that in a worldwide competition for the best brains and entrepreneurs, few are interested in living in a country that cannot guarantee the rule of law, an efficient judiciary and personal freedoms.

India might have edged out China in venture investments in 2021 due to Beijing’s crackdown on startups and Delhi still lagging behind in formalizing its economy. However, the celebration will be short-lived if India keeps marching in China’s direction in terms of the state’s heavy-handedness and assault on personal liberties. It is becoming increasingly clear that Modi, the so-called nationalist, purchased a cyber weapon — the Pegasus spyware — from a foreign country and used it against his innocent fellow citizens without any warrant or probable cause. Meanwhile, BJP-ruled states are busy competing amongst themselves in further undermining rule of law and due process.

Looking Ahead or Back?

As India kicks off the celebrations for the 75th anniversary of independence, Modi is lucky that his predecessors built robust space, missile and nuclear programs, respectable academic institutions that are churning out professionals leading the budding startup scene, a generic medicine and vaccine sector that saved India money in the pandemic, a professional military not infested by religious fundamentalism as well as defense production companies ripe for public-private partnerships. In a hostile neighborhood made even more so by Modi’s hubris, one shudders to think what he would have done without all these national assets.

And yet, with no money left to redistribute and no quick fixes to the unemployment crisis, Modi has now embarked on mixing Hindutva with education. As if the Covaxin approval without phase 3 clinical trial data and Ramdev Baba’s Coronil controversy were not enough, a parliamentary panel has proposed teaching the Vedas in public schools. IIM Ahmedabad has started offering a Bhagavad Gita-based management course. IIT Kharagpur has courses in Vaastu and ancient Indian knowledge systems in the pipeline. 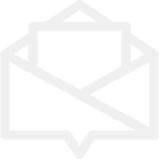 While the American private sector looks for ways to augment the government’s R&D funding juggernaut for secular scientific discoveries and knowledge creation, Modi is busy looking backward and further decimating India’s social capital. Despite the fanfare surrounding the new National Education Policy, funding for education has gone down from 4.4% to 3.4% of GDP and R&D funding is stagnant at 0.6%-0.7% of GDP.

Fifty years after the emergency, India is still paying the economic price for Indira Gandhi’s misplaced jingoism and disastrous nationalization of huge swaths of industry. Narendra Modi’s authoritarian rule has India already staring at a demographic disaster for another generation, with potentially longer-lasting consequences. Gods and goddesses have mercy on India. 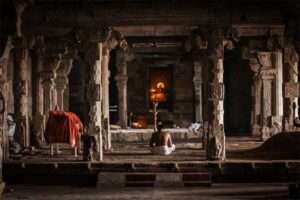 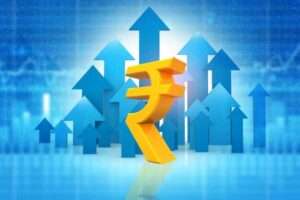 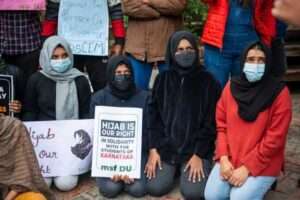