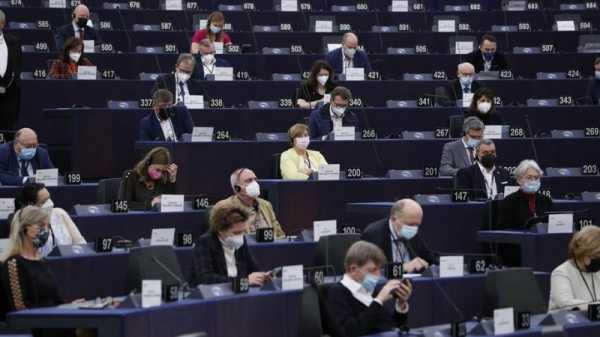 Volodymyr Zelenskyy, the people of Ukraine, Julian Assange, Sonia Guajajara, and the Colombian Comision de Verdad are among the nominees for the 2022 Sakharov prize, an EU award dedicated to individuals, groups or organisations that contribute to protecting freedom of thought.

Each year, European Parliament’s political groups present their candidates in September. Eligible candidates need to gather the signatures of at least 40 EU lawmakers.

The deadline for presenting the candidacies was on Thursday (15 September).

The Sakharov Prize was awarded for the first time in 1988 to Nelson Mandela and Anatoli Marchenko and the last award in 2021 was given to the Russian activist Alexei Navalny, currently detained in Russia.

“We have no doubts that the brave people of Ukraine, lead by President Volodymyr Zelensky, deserve to win this year’s Sakharov Prize for Freedom of Thought,” said EPP MEP Rasa Juknevičienė, vice-chair of foreign affairs in a press release after presenting the nominee.

“Since February the people of Ukraine have been fighting an unequal battle against the brutal aggressor who is trampling on the human rights, countless civilians. Yet they stands steadfast in defence of their country but also for our European democracy and freedom” said S&D MEP for foreign affairs Pedro Marques on Thursday (15 September).

The Italian Five Stars Movement nominated the journalist Julian Assange, which according to the Five Stars Movement MEP Sabrina Pignedoli is “the symbol of citizens’ right to know the truth. This candidacy is meant to fight the power which seeks to ‘punish’ those who do not conform to pre-packaged truths”.

The WikiLeaks’ founder is currently in London’s Belmarsh prison pending an appeal against his extradition to the US.

He is wanted by the US authorities on 18 counts, including espionage, relating to WikiLeaks’ release of vast troves of confidential US military records and diplomatic cables which Washington said had put lives in danger.

The Greens nominated the Brazilian environmental activist Sonia Guajajara, the first indigenous person to run for a federal executive position in Brazil in 2018, who was named one of the 100 most influential people in the world by Time magazine.

Meanwhile, the Left group backed la Comision de Verdad colombiana (Colombian commission for the truth), an autonomous entity of the Colombian State that seeks to clarify the patterns and causes of the country’s armed conflict which started in the late 1940s.