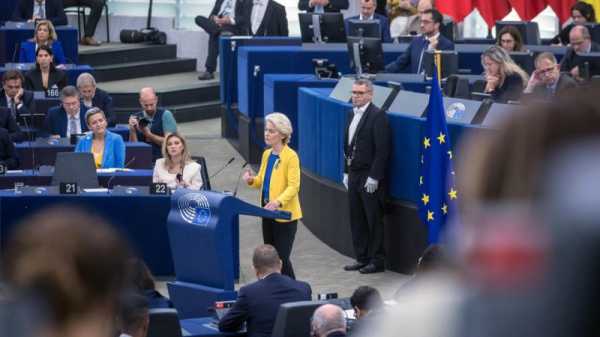 &#8220;Europe’s solidarity with Ukraine will remain unshakeable,” the Commission chief said, promising more finances to rebuild the country and to keep EU sanctions against Russia in place.

Among the most interesting announcements was the news that she would go to Kyiv just after her speech, her third visit since the invasion started, to discuss Ukraine’s access to the EU’s single market.

While some in Europe, pointing to the huge spike in energy prices, have been arguing that the bloc’s sanctions on Russia were hitting the West harder, von der Leyen maintained that sanctions were indeed hurting Russia.

Europe has diversified away from Russian energy, she added, but Moscow was still “actively manipulating” the market and gas prices have risen more than tenfold compared to before the COVID-19 pandemic.

But in an address meant to serve as a policy compass to steer the bloc over the next 12 months, von der Leyen fell surprisingly short of consequential policy announcements.

The European Commission stepped back from earlier plans to cap the price of Russian gas, proposing instead to set up a new task force with EU member state representatives that will attempt to negotiate deals with key suppliers such as Norway.

Before Wednesday, several EU officials told EURACTIV they had been dissatisfied with the low level of consultation von der Leyen’s cabinet held with various policy departments in her executive.

EURACTIV took a closer look and listed some of the conspicuously absent issues.

Defence, usually a strong talking point of the former German defence minister, was largely absent from her speech.

This is particularly surprising as progress on European defence could be considered a success, compared to years of laborious trial and error in efforts to give the bloc a proper foreign and defence angle.

The EU also broke a long-standing taboo by agreeing to use its resources to provide weapons to a third country through the so-called ‘European Peace Facility’ (EPF). 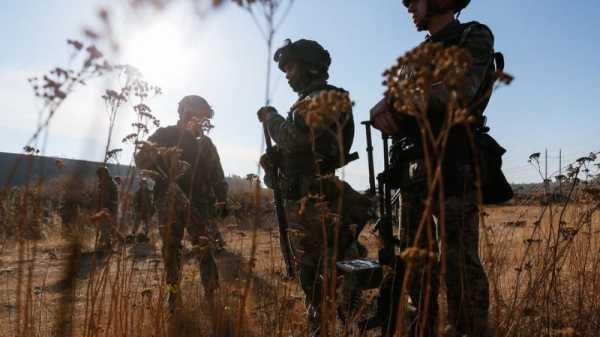 In a ‘watershed moment’ for its defence policy, the EU on Sunday (28 February) agreed to unblock some €500 million for members states to buy arms for Ukraine’s armed forces, hoping to stop Russia’s invasion.

Food security in the footnotes

While food security and farming did not feature in von der Leyen’s main address, she eventually did mention the sector in her response to group leaders’ interventions – but offered little new.

Reiterating that the EU’s sanctions on Russia were not the cause of disruptions in the food sector, she firmly labelled Russia as the cause of the global food crisis.

“Putin has created the food crisis – Europe and the UN are working to put an end to that.”

Von der Leyen also placed a focus on fertilisers, confirming that the European Commission’s proposed solidarity contribution, presented on 9 September in a non-paper listing potential emergency measures to address the challenges in the energy market, can be used to support fertiliser production.

But von der Leyen underscored that the main focus must be on cutting down the use of these inputs.

“The more we save, the less we pay, and the less fossil fuel-based fertilisers we use, the less dependent we are on fossil fuel inputs,” she explained, stressing the need to move “more swiftly than ever together” to create sustainable, resilient agriculture.

This year has been marked by concerns over both food supply and prices, leaving the sector buckling under the strain of soaring fertiliser, electricity and packaging prices while facing one of the worst droughts in recent times. Meanwhile, consumers also continue to be squeezed by rising food prices. 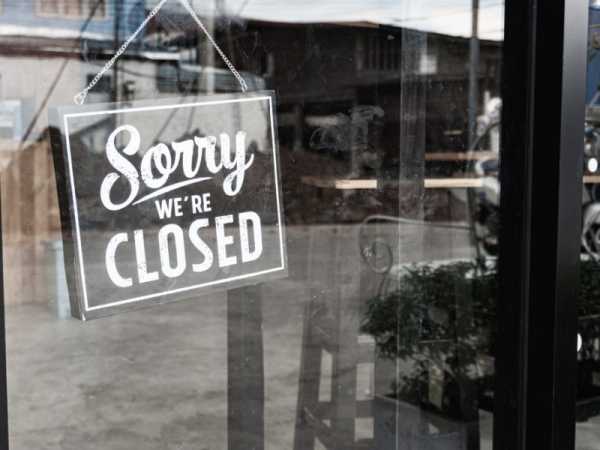 EU agri-food companies are struggling to maintain operations amid mounting energy prices, with some faced with pausing production, laying off staff or going out of business altogether, according to a joint statement issued by the EU’s major food sector associations.

Europe’s new climate and environment legislation, currently being negotiated by the European Parliament and EU countries, was overshadowed by the urgent need to tackle the energy crisis.

While net zero emissions got a fleeting mention, von der Leyen failed to mention that the EU aims to reach these by 2050 and did not mention Europe’s 2030 emissions reduction target.

While long-term solutions, like more sustainable land management and protecting biodiversity, got a brief mention, the speech largely focused on dealing with the urgent crises facing Europe, like the energy crisis and reactionary measures to tackling extreme weather, including new firefighting aircraft.

On the future of energy, there were mentions of increasing renewable energy and ensuring a supply of raw materials for this technology, but von der Leyen failed to go into detail on solving many issues faced by the renewable energy industry.

For instance, she called on EU countries and the European Parliament to “speed up” their work to pass measures to reduce dependence on Russian gas, which include speeding up renewables permits, but failed to address wider issues in the sector, like the faltering supply chain. 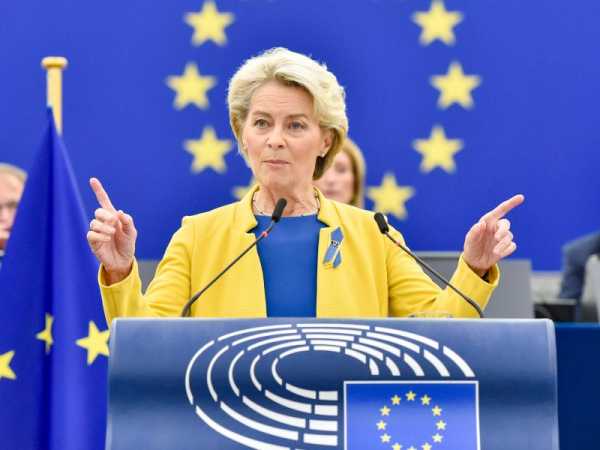 The European Commission has stepped back from earlier plans to cap the price of Russian gas, proposing instead to set up a new task force with EU member state representatives that will attempt to negotiate deals with key suppliers such as Norway.

Only passing nods to digital, transport

The European Commission chief mentioned the need to shield European democracies from foreign interference, ranging from opaque funding of researchers to the spreading of online disinformation.

Still, digital affairs were largely absent from her annual speech, including cybersecurity, which has been a growing concern in view of the geopolitical tensions with Russia.

Von der Leyen’s speech made a fleeting reference to the EU’s transport policy but failed to elaborate on the EU’s flagship transport measures and plans.

One may have expected a more direct exploration of the Commission’s push for a switch to electric vehicles, or Brussels’ moves to decarbonise the bloc’s aviation sector.

But in a speech dominated by Ukraine, it was perhaps inevitable that the “Fit for 55” files – once the main talking point of the Brussels bubble – should take a back seat.

In contrast, Europe’s quest to wrest control, at least partially, of the global raw materials market from China was discussed in some detail – an issue that is relevant to Europe’s transport sector but also to the bloc’s position on the world stage.