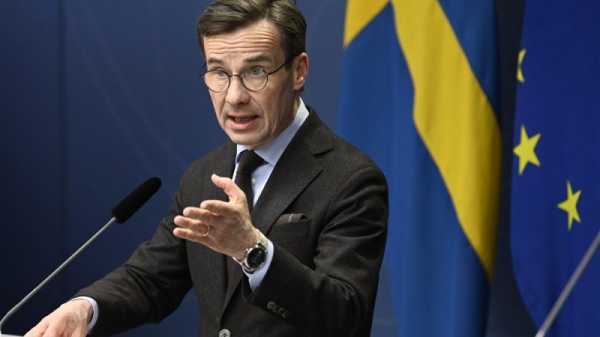 Prime Minister Ulf Kristersson likened those responsible for the recent rise in violent gang-related crime in Stockholm to “domestic terrorists” on Monday as Sweden has been struck by a wave of serious violent crimes since the start of the year.

In the first three weeks of January, more than 20 serious violent crimes have already been committed in the Stockholm area, including two shootings over the weekend.

In an interview for SVT Morgonstudion, Kristersson compared the perpetrators to “the domestic terrorists of our times”, arguing that the situation is “uncontrollable”.

“I think we have come so far in this unrest that we have to do things we haven’t done before,” he said.

“This weekend was one of the worst we have seen in a very long time,” he added.

Furthermore, Kristersson believes that more needs to be done and that it is entirely possible to crack down on gang crime in Sweden.

“This crime will not end on its own. These people must be locked up, those who are not Swedish citizens must be expelled from the country”, he said, citing Denmark as a country that considerably reduced its organised crime, even if it “took time”.

On Friday (20 January), Stockholm’s metropolitan police launched a special event to address the heavy violence that has taken place in the capital over the past month.

“People blow up and shoot each other out. This is of course very alarming and a ruthless behaviour that affects our citizens,” commanding officer Hanna Paradis said at a press briefing at the time.

The police also announced over the weekend that the Stockholm area would be reinforced with hundreds of police officers from other regions.

“With the recent trend of shootings and explosions, we see the need to send additional reinforcements to Stockholm to prevent more murders from occurring in the ongoing conflicts and to increase surveillance in most places. The officers will be in place within the next few days,” said police spokesperson Johan Olsson in a press release.

To address the violence, the government and the supporting far-right Sweden Democrats have appointed inquiries to examine the possible use of “stop-and-search zones” and anonymous witnesses – a move critics say could violate privacy rights, among other things.