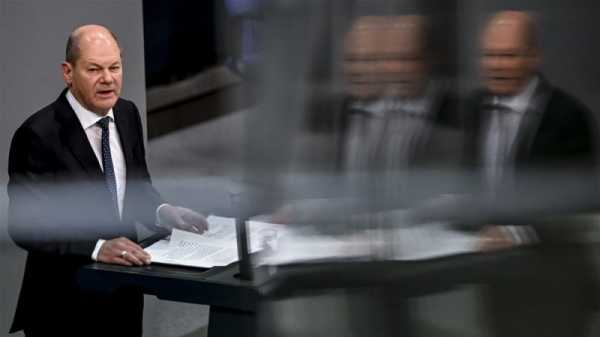 During an exchange of blows between Merz and Scholz on Wednesday (23 November) in front of the German parliament plenary, the conservative opposition leader said the chancellor had not delivered on the promises of ramping up defence spending he made following Russia’s invasion of Ukraine in February.

“This is a gross breach of promise vis-à-vis the parliament and, above all, the military,” he said, adding that the way the government handles promises and treats NATO and EU partners is “rightfully” met with irritation.

Scholz dismissed Merz’s criticism during his rebuttal and accused the opposition leader of telling fairy tales. “The government brings our country up to speed in terms of security policy,” he stressed.

While Scholz promised to ramp up the country’s defence spending by at least 2%, as required by NATO, Merz pointed out that the national defence budget is not set to increase but rather shrink by €300 million.

Before Russia invaded Ukraine, Berlin had long resisted pressure from the United States and other NATO partners to raise its defence spending to 2% of its economic output.