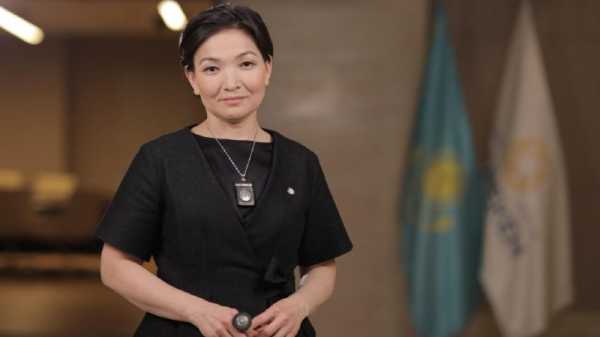 Since independence in 1991, Kazakhstan’s state policy has aimed to provide legislative support to women, but despite progress, there is room for improvement, writes Lazzat Ramazanova.

Lazzat Ramazanova is a member of parliament and deputy chair of the National Commission for Women Affairs and Family and Demographic Policy of the Republic of Kazakhstan.

While political and economic reforms are at the heart of the ongoing transformation of Kazakhstan, social reforms are no less significant, especially as they directly impact people’s lives.

As deputy chair of the National Commission for Women’s Affairs and Family Policy, I have focused on promoting and protecting gender equality and better opportunities for women in business and society.

Since independence in 1991, Kazakhstan’s state policy has aimed to provide legislative support to women. Our country was the first in its region to establish a national entity to promote gender equality, the National Commission on Women, Family and Demographic Policy. The government recently approved a special action plan for ensuring gender equality and protecting women’s rights.

Thanks to a robust legislative framework and the implemented initiatives, positive results have been achieved over the last few years. Women now make up almost 50% of the workforce in the country. The number of women-led businesses increased by over 9% last year and reached 625,100 companies by the end of 2021. There are around 90,000 female entrepreneurs under 29, an increase of over 37%. As a result, women’s entrepreneurship contributes about 40% to the country’s GDP.

Women also prevail in civil service, medicine, education, and science. The share of women with higher education already exceeds that of men who graduated.

We also want women to play a broader role in politics and decision-making. In this regard, a requirement was introduced for political parties to have fewer than 30% of women and youth on the lists of their MPs if passing the now-reduced 5-years threshold. This would increase their representation in the legislature following the early parliamentary election proposed by President Tokayev to be held in the first half of 2023.

Of course, there is much room for improvement. Gender imbalances remain, particularly in wages and access to employment and career opportunities.

For example, men earn around 21% more than women in similar sectors. To address this, the government continues to implement initiatives to strengthen further gender equality in our country, including those recommended as part of our cooperation with the European Union and the United States.

This year, I have held meetings in Germany and the United States to discuss these topics, and I look forward to working with my overseas colleagues to provide opportunities for all women in Kazakhstan.

For instance, during my meeting in March with representatives of the US State Department, USAID, the World Bank, and the International Finance Corporation, we discussed the possibilities of cooperation on specific initiatives for the development of women’s businesses, including resource centres in Kazakhstan for the support of female entrepreneurs.

Earlier this year, 17 such centres opened in regions of Kazakhstan to help empower women, reduce inequalities, and promote more sustainable economic growth that builds on the potential of the entire population.

We are also actively cooperating with international organisations, including the United Nations. This year, UN Women commended Kazakhstan’s efforts in addressing gender equality issues, noting that in the last year alone, our country took several important steps in this direction: we joined the Generation Equality Forum’s Action Coalitions on gender-based violence and economic justice and rights; adopted the National Action Plan for the UN Security Council Resolution 1325 on Women, Peace and Security; and abolished the list of 191 professions previously reserved for men.

We continue collaborating with UN Women to address gender-based violence, women’s economic empowerment, and broader representation at the decision-making level. Promoting gender equality and women empowerment is also one of the main priorities for Kazakhstan in the UN Human Rights Council, a body that our country was elected to from 2022 to 2024.

In terms of practical suggestions to help women and families, I have proposed strengthening the coverage of preschool education and resolving the shortage of places in kindergartens. Earlier this month, President Kassym-Jomart Tokayev proposed extending the paid maternity leave to 18 months, a significant increase from the current 12.

This will benefit the welfare of children while women face less risk of losing their jobs or earnings. I also recommend introducing legislation on remote work format on paternal leaves, which would help families raise children without any detrimental impact on their finances. The welfare of children and families would also benefit from introducing special accounts for children, which would receive dividends from the National Fund filled by government revenues from oil exports.

Ultimately, gender equality and the promotion of women’s rights should remain a clear priority for our government. This year, Kazakhstan ranked 65th among 146 countries in the World Economic Forum’s Gender Gap Report, an improvement of 15 positions compared to 2021. Significant progress was made in the ‘Economic Participation and Opportunity’ section, where Kazakhstan jumped from the 47th to the 29th.

While these are commendable results, particularly for our region, we want to go further and reach higher positions by further supporting our women and ensuring genuine gender equality. With the power of traditions and social conservatism strong in our communities, we as women face more challenges daily than our male counterparts. Yet this only adds to our motivation to work harder to achieve our goals.