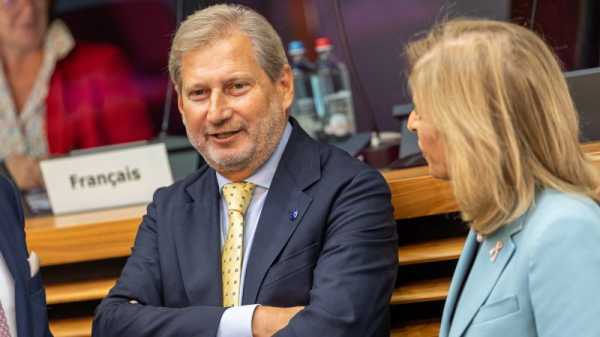 Citing worries over corruption in Hungary, the European Commission proposed on Sunday (18 September) to suspend one-third of the cohesion funds allocated to the country if its reform efforts remain insufficient in the coming two months.

In a meeting on Sunday morning, the EU executive proposed suspending €7.5 billion in EU funding for Budapest, or about a third of the total amount of cohesion funds that Hungary is allocated until 2027.

The suspension is focused on programmes that are heavy on public procurement and therefore most vulnerable to corruption. Moreover, the Commission will demand that EU programmes like Horizon Europe should not commit any money to Hungarian public interest trusts.

“Today’s decision is a clear demonstration of the Commission’s resolve to protect the EU budget, and to use all tools at our disposal to ensure this important objective,” the EU’s Budget Commissioner Johannes Hahn said in a statement.

The conditionality mechanism shows its teeth

The Commission acted on the basis of the conditionality mechanism that has been part of the EU’s budget rules since January 2021. It allows the EU to suspend payments to member states in cases where breaches of rule of law principles risk affecting the EU’s financial interests.

Worried about Hungary’s slide towards autocracy under Prime Minister Viktor Orbán, the European Parliament has long pushed the Commission to trigger the conditionality mechanism, which the EU executive did in April.

It also notified the Hungarian government of its concerns, but in its reply, Budapest denied the corruption allegations and offered no measures to remedy the situation.

That is why the Commission sent another letter to the Hungarian government in July to inform it of the measures it intended to propose.

“That seems to have focused the minds in Budapest,” an EU official said.

Over the summer, the Hungarian government came forward with a set of 17 measures in a bid to dissipate the Commission’s concerns, for example, the establishment of an independent “Integrity Authority” and an anti-corruption task force that would involve civil society.

On paper, the commitments seemed to please the Commission.

“The remedial measures could, in principle, be capable to address the issues,” Commissioner Hahn told a press conference on Sunday.

“However, important details of the proposed measures are still to be determined and assessed,” he said, adding that the Commission’s assessment was “that a risk for the budget at this stage remains”.

An EU official explained that “we are not taking these commitments at their face value. Otherwise, we would not have taken the decision we are taking today”.

The Council of EU member state governments would normally have to decide within one month whether it intends to follow the EU Commission’s decision. However, the Commission proposed to extend this deadline by two months to give the Hungarian government the possibility to enact its reform proposals.

The Council will thus have to decide on the suspension of funds in three months at the latest. It can decide via qualified majority voting, requiring at least 15 member state governments representing at least 65% of the total EU population to agree.

At the press conference, Commissioner Hahn stressed that all the Commissioners had endorsed the decision. This means that the Hungarian Commissioner Olivér Várhelyi, who is said to be close to Orbán, did not officially oppose the decision, a possible sign of the mounting EU pressure on the Orbán government.

Last Wednesday (14 September), Commission President Ursula von der Leyen said during her State of the European Union speech that she would place a special focus on the rule of law and the fight against corruption, saying the Commission would “keep insisting on judicial independence”.

“We will also protect our budget through the conditionality mechanism,” she said, arguing that “if we want to be credible when we ask candidate countries to strengthen their democracies, we must also eradicate corruption at home.”

On Thursday, a large majority of the European Parliament adopted a report that said Hungary could no longer be considered a democracy and that the lack of decisive EU action had contributed to the emergence of a “hybrid regime of electoral autocracy”.

“Hungary is not a functioning democracy anymore,” green lawmaker Daniel Freund told Parliament this week, arguing that all EU funds going to Hungary should be stopped, and “not just a little less”.

Evaluating the Commission’s decision, an EU official stressed the significance of the new conditionality mechanism, which he called “a game changer.”

While the EU used to only be able to take action in individual cases in a very punctual fashion, now “we are in the business of preventative actions, where it’s possible to suspend very significant volumes of funding because we have concerns about the nature of the system,” the official said.

In a separate procedure that goes on in parallel with the conditionality mechanism, the Commission is also negotiating with the Hungarian government the disbursement of the €5.8 billion Hungary should be allocated under the EU’s recovery and resilience fund.

If the EU and Hungary do not reach an agreement by the end of the year, Budapest would lose its claim to the EU grants. 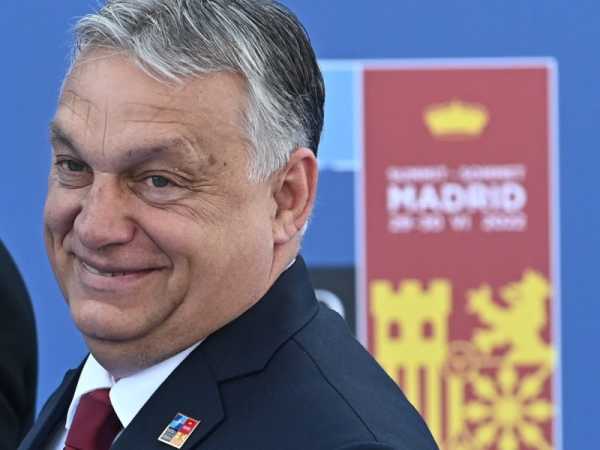 While the EU Commission is negotiating with the Hungarian government over the payout of the frozen EU recovery funds, local experts warn that they might try to fool the EU.