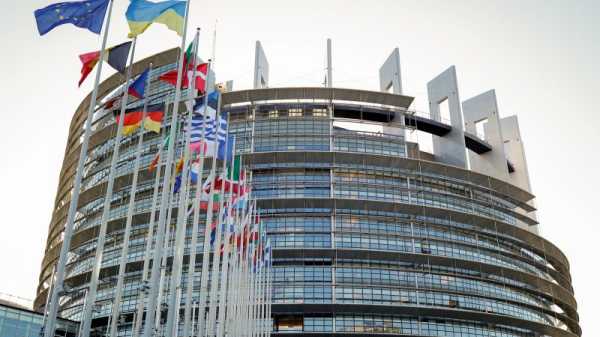 The European Parliament came under a major cyber-attack on Wednesday afternoon (23 November), just hours after EU lawmakers voted to designate Russia as a state sponsor of terrorism.

Parliament spokesperson Jaume Duch confirmed that the EU assembly’s website “is currently impacted from outside due to high levels of external network traffic.” He added that “this traffic is related to a DDOS attack (Distributed Denial of Service) event”.

Parliament President Roberta Metsola tweeted that the assembly was “under a sophisticated cyberattack” and that “a pro-Kremlin group has claimed responsibility”.

“Our IT experts are pushing back against it & protecting our systems. This, after we proclaimed Russia as a State-sponsor of terrorism. My response: #SlavaUkraini,” she added.

DDoS attacks often work by flooding the targeted machine or resource with superfluous requests in an attempt to overload its systems, thereby making it impossible for people to access the network.

The attack, which effectively took the Parliament’s website off-line for several hours, came shortly after MEPs backed a resolution by a large 494-58 majority with 48 abstentions, including measures to bring anyone responsible for war crimes committed from the start of the Russian invasion in February before an international court.

“The deliberate attacks and atrocities carried out by the Russian Federation against the civilian population of Ukraine, the destruction of civilian infrastructure and other serious violations of human rights and international humanitarian law amount to acts of terror against the Ukrainian population and constitute war crimes,” MEPs stated.

“In the light of the above, (the European Parliament) recognises Russia as a state sponsor of terrorism and as a state which uses means of terrorism.”

The resolution, which is not legally binding, also urged EU governments to include the Wagner Group, a mercenary force linked to the Kremlin, as well as other Russian-funded armed groups and militias on the EU’s terrorist list.

Ukrainian President Volodymyr Zelenskyy has urged the United States and other jurisdictions to follow the lead of the European Parliament.

The EU has imposed a series of economic and political sanctions against Russia and individuals involved in and connected to President Vladimir Putin’s government since Russia’s invasion of Ukraine in February.