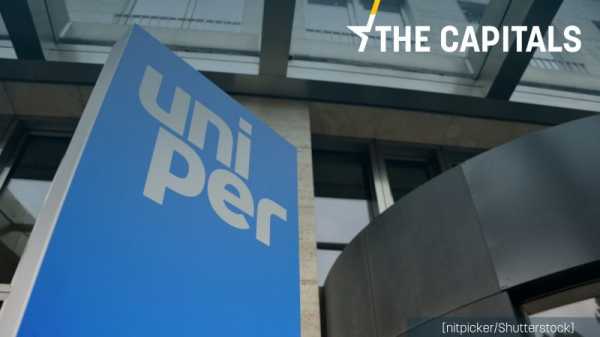 How should the ECB manage inflation?

Europeans are struggling to keep up with rising energy prices. To exit the inflation circle we need to shift to clean energy, but how could we speed up this change? The European Central Bank has a key role to play.

Watch out for our report launch this Wednesday!

The news that the German ailing energy giant Uniper may be nationalised has rallied the Finnish opposition, and the government is being criticised for surrendering to Germany without proper resistance. Read more.

EU Commission proposes to cut €7.5 billion funding to Hungary. Citing worries over corruption in Hungary, the European Commission proposed on Sunday to suspend one-third of the cohesion funds allocated to the country if its reform efforts remain insufficient in the coming two months. Read more.

AI Act: Czech Presidency puts forward narrower classification of high-risk systems. A new partial compromise on the AI Act, seen by EURACTIV further elaborates on the concept of the ‘extra layer’ that would qualify an AI as high-risk only if it has a major impact on decision-making. Read more.

Referendum on COVID-19 measures fails. The Liechtenstein government will no longer be able to limit admission to public spaces to those vaccinated or recovered, even if COVID-19 case numbers rise drastically this winter. Read more.

Germany to protect tenants struggling with energy bills. Tenants evicted after struggling with rent should be able to get their property back through making back payments, according to Construction Minister Klara Geywitz, who hopes to help those struggling with rising energy costs. Read more.

French MEP Stéphane Séjourné voted leader of new presidential party. France’s presidential party has been subject to a revamp after members voted for new leadership and name during a congress at the Louvre on Saturday. Read more.

Dutch to fund additional €7.5 million to salvage oil tanker off Yemeni coast. The Dutch government will release the additional funds to salvage operations to secure the FSO Safer, a floating oil storage vessel in significant difficulties off the Yemen coast. Read more.

Letta says Lega’s far-right stronghold town is a ‘province of Hungary’. Pontida, a town located in Lombardy, traditionally the venue for the annual mass gathering of the far-right Lega, is a “province of Hungary”, Partito Democratico (PD) leader Enrico Letta said. Read more.

Slovakia divided on Commission’s proposal to cut EU funds for Hungary. The decision of the European Commission to cut €7.5 billion in EU funding was criticised by Slovak parliament speaker Boris Kollár (We are Family) and opposition leader Robert Fico (SMER), while Slovak Prime Minister Eduard Heger (OĽaNO) said the decision could not be vetoed. Read more.

Activists condemn right-wing violence at Belgrade EuroPride. Almost ninety people were arrested by police while activists reported assaults from those countering the EuroPride march which saw over 10,000 people march despite a police ban with government backing. Read more.