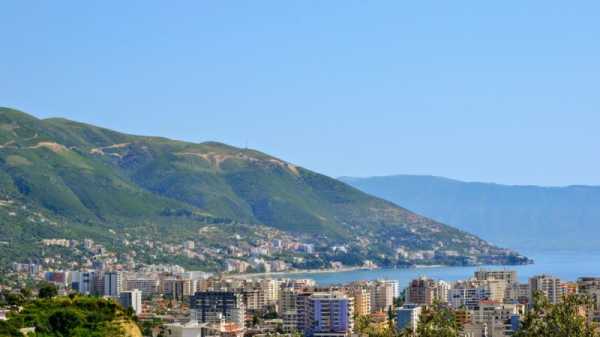 A group of Albanian environmental organisations have sued the government over Vlora Airport as they claim its construction violates several laws, and risks irreparable damage to the valuable ecosystem, mirroring concerns echoed by the European Commission.

Vlora Airport is being built by a consortium led by a company owned by Kosovo politician Behgjet Pacolli, and a Turkish conglomerate tied to President Recep Tayyip Erdogan and the government said it would create some 27,000 jobs.

However, the project is controversial as it is located on the edge of a protected area, in the flight path of migratory birds and the development permit was approved before the Environmental Impact Assessment was carried out.

NGOs Albanian Ornithological Society, the Protection and Preservation of Natural Environment in Albania, with support from Euronatur officially announced the submission of a lawsuit to the Administrative Court to challenge the administrative process for the realisation of the project.

They claim the project and its construction is illegal and highlight it is taking place in one of the country’s most important and highly biodiverse wetlands.

Aleksandër Trajçe, the executive director of the PPNEA organisation said, “It is inconceivable that such a large infrastructure would be built inside a protected area, the purpose of which is precisely to prevent such projects from being built inside these areas.”

He added that, “If this project progresses with all the irregularities that have been evidenced by many local and foreign experts, then the entire network of protected areas of Albania is at risk for the future. Nothing can further stop investments in gray infrastructure in protected areas and destroy the ecological integrity and natural heritage that we must preserve for future generations.”

Local and international NGOs have repeatedly called on the government to halt the project yet work continues.

The Vjosë – Narta Lagoon s part of the network of protected areas, with the status of “Protected Landscape”, also known as Important Bird Area (IBA), Important Biodiversity Area (KBA), official candidate of the Emerald network as part of Berne Convention and meets all the criteria to be declared as Wetlands of International Importance, as part of the Ramsar Convention.

Taulant Bino, the president of AOS states that: “It is unimaginable that Albania tarnishes its contribution to the national and international natural heritage by building an airport that destroys the biodiversity of the Vjosë-Nartë protected area as well as the wetlands the other along the Adriatic. An airport in a future Natura 2000 area is a No for integration in the European Union”.

“By building an airport within a protected area, the Albanian government bypasses law enforcement, harming nature and favouring certain interests. Such processes should inspire mistrust towards the European Union,” Annette Spangenberg, head of conservation at EuroNatur also said.

The development “is in contradiction with existing national laws for protected areas and with international conventions on biodiversity protection that Albania has ratified,” the European Union’s delegation to Albania said in a statement.