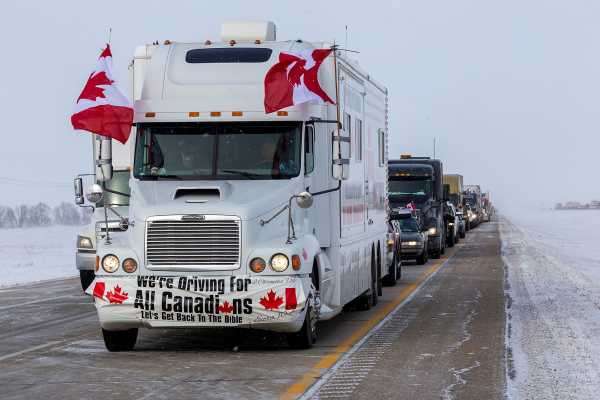 Although fringe parties are generally “not considered very relevant,” they nevertheless mirror some of the dominant social or economic concerns of their times. One such fringe party that has risen to recent prominence on the Canadian political scene — particularly in the wake of its support for the anti-vaccine Freedom Convoy truck protest — yet remains otherwise neglected by academics and the international media is the People’s Party of Canada (PPC). Formed in 2018 by Maxime Bernier, the PPC seeks to defend so-called “real conservative ideas” on the basis that the Conservative Party has become too moderate.

Indeed, as the Canadian truck protests spread across the globe, the PPC is of particular relevance given that Bernier has been quick to visit the protesters and become a vocal defender of their actions, calling upon Canadians to defend their liberté. Nevertheless, the PPC is also of interest for another reason, namely its detrimental impact in the 2019 and 2021 federal elections upon Canada’s more moderate/center-right Conservative Party.

Consequently, two questions stand out from the growing significance of the PPC that have implications for fringe parties in general. First, could these parties ever evolve into mainstream political parties? Second, could they, as the Canada Guide suggests, “‘spoil’ races in very close elections by pulling votes away from other mainstream parties”?

Although there are currently five “major” political parties represented in the current Canadian House of Commons — the Liberal Party, the Conservative Party, the Bloc Québécois, the New Democratic Party and the Green Party of Canada — at the time of the 2021 election there were some 17 eligible federal political parties registered. These 17 are often referred to as “fringe” parties because they have not secured electoral success, their party membership is small, they often only promote a single issue, and their supporters tend to be few and far between.

Nevertheless, labels such as “fringe” are open to debate. Indeed, the Green Party, for example, is theoretically the nation’s fifth major party. Yet at its height, it has only ever secured three seats in the Canadian Parliament in 2019 with 6.5% of the popular vote. Its parliamentary representation dropped to two seats in the 2021 election, with 2.3% of the national vote. In this context, it is not surprising that there is “no universally accepted definition of what constitutes a ‘fringe party.’”

In Canadian politics, it seems that success at the ballot box appears to be the nebulous cut-off point for differentiating between fringe and mainstream parties. The example of the Green Party is again illustrative of this, as it went from being a fringe party to being a major one. Yet the 2.3% that the Greens received in 2021 was less than the nearly 5% the PPC won that same year. The fact that a so-called major party received a smaller share of the vote than an ostensible fringe party testifies to the problematic nature of the term “fringe.” Furthermore, it implies that the PPC could morph into a mainstream political force.

However, it is the second question relating to pulling votes from mainstream parties that presents the crux of this cautionary tale. Following the creation of the Reform Party of Canada in 1987, some had argued that it had split the anti-Liberal vote on the moderate conservative right. The same outcome is true in Britain, where there existed “a widespread willingness among current Conservative Party members in Britain to countenance voting for the United Kingdom Independence Party (UKIP).”

In order to evaluate the importance of the PPC to the Canadian landscape, it is vital to look at the party’s electoral impact. In the 2019 federal election, the PPC achieved a mere 1.6% of the popular vote. However, analysis by CBC news showed that “even with its dismal level of support — the PPC cost the Conservatives seven seats in the House of Commons by splitting the vote.”

Moreover, irrespective of the PPC’s election results, it is impressive that, in just over a year, Bernier “managed to create a new federal political party, found candidates to run in all of Canada’s 338 federal electoral districts and participated in all the televised pre-election leaders’ debates.” If Bernier achieved all of this within 12 months, what can he achieve within 12 years?

Although the PPC failed to win any seats in the 2021 federal election, the party’s share of the popular vote increased from 1.6% to 4.94%. The detrimental electoral significance of the PPC was recognized by the Conservative leader Erin O’Toole in the run-up to the election. Direct personal communication with a source within the PPC further underlined the threat that the party’s “presence on the ballot may have cost the Conservatives about 21 ridings in this year’s election.”

Given the failure of O’Toole to win in 2021, an additional significant outcome of the emergence of the PPC is that the Conservative Party could face pressure to move further to the right in order to win a greater share of the popular vote. Indeed, O’Toole’s leadership position immediately came under threat by far-right elements within his own party on the grounds that he was too moderate. By February 2022, he was removed from the party’s leadership.

Although the PPC remains a so-called fringe party, this is not to deny its impact. It was responsible for sometimes splitting the center-right vote and contributing to the Liberal Party’s success, as well as now possibly helping to force the Conservative Party into a more radically right-wing direction. Indeed, some contenders for O’Toole’s now-vacant seat as party leader have also started to speak out in support of the convoy. However, it is also worth noting that the PPC’s electoral impact might not necessarily be the beginning of a new trend.

The COVID-19 pandemic presented Bernier with the opportunity to appeal to an outlier proportion of the population which, without the PPC, might not have had a sympathetic ear in Parliament — anti-vaxxers and anyone vehemently opposed to health measures instituted to contain the pandemic. Although the majority of Canada’s population champion vaccines, mask-wearing and similar public health measures, the fact that the PPC was the only political party opposed to vaccine passports allowed it to generate additional support from this cohort that accounts for 8%-10% of the population.

This support is further demonstrated by the fact that the PPC did best in those provinces with the lowest vaccination rates, namely Alberta, Saskatchewan and Manitoba. The PPC’s anti-lockdown rhetoric and strong stance against Liberal Prime Minister Justin Trudeau’s vaccine mandates were, therefore, partly responsible for its rise in the polls, as suggested by some academic experts who state that “Historically, populism … tends to appear in times of crises.”

The PPC has not only had a tangible impact on Canadian politics, but also an ideological one. Canada has traditionally been seen as “immune to the outbreak of right-wing populism observed in other established western democracies.” That is, until now, as Republican figures such as Ted Cruz and Donald Trump praise the actions of the Ottawa protesters and denounce Trudeau as a “far left lunatic.”

Bernier’s campaign manifestos of 2019 and 2021 also look similar to populist and nationalist counterparts elsewhere, namely UKIP and the Republican Party under Donald Trump in the US. The PPC manifesto, for instance, states its opposition to climate change policies (“Withdraw from the Paris Accord and abandon unrealistic greenhouse gas emission reduction targets”); commitment to end to Canada’s participation in global institutions (“Withdraw from all UN commitments”); and xenophobic resentment in its anti-immigration plans (“Substantially lower the total number of immigrants and refugees Canada accept every year”).

A noteworthy addition to the PPC’s 2021 manifesto that also has echoes of other nationalist/populist party positions is its consideration of race. In the lead-up to the 2021 federal election, the mainstream parties focused on the economic and political rights of indigenous peoples following the uncovering of unmarked graves of hundreds of indigenous children on the properties of former residential schools. The PPC, by contrast, went in the opposite direction and instead looked to repeal the Multiculturalism Act of 1988, which aims to not only preserve but enhance multiculturalism in Canada. This, in addition to the PPC’s call to reduce the number of immigrants, contradicts a widely-held belief that “nativism has become impossible, even unthinkable, for a competitive political party in Canada today.” It is for this reason that “Bernier’s embrace of radical right-wing populism has heightened concerns about the importation of Trumpism and other far right ideologies into mainstream Canadian politics.”

The emergence of the PPC has pointed a light at a potentially darker underbelly within Canadian politics, one that may demonstrate violent sentiments. The throwing of gravel at Trudeau during the 2021 election campaign by the former PPC president of the London Riding Association is a case in point.

The potential political impact of the PPC is undeniable. At a theoretical level, it points to a need to consider the importance of fringe parties in discussions of Canadian politics in general. The PPC also stands as a bellwether, representing a potential future trend. Furthermore, the party is significant as it has had a detrimental impact on the electoral success of the Conservative Party and possibly its future direction of travel.

Most concerning, however, is its ideological impact. As David Moscrop posits in Global News, “The People’s Party of Canada has become a rallying point for extremists who existed before it did, but who now have an organisational anchor and home.”

The views expressed in this article are the author’s own and do not necessarily reflect Fair Observer’s editorial policy. 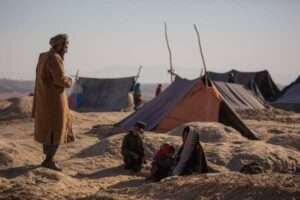 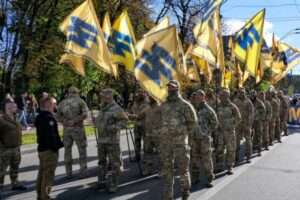 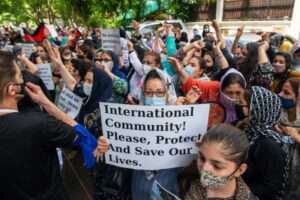