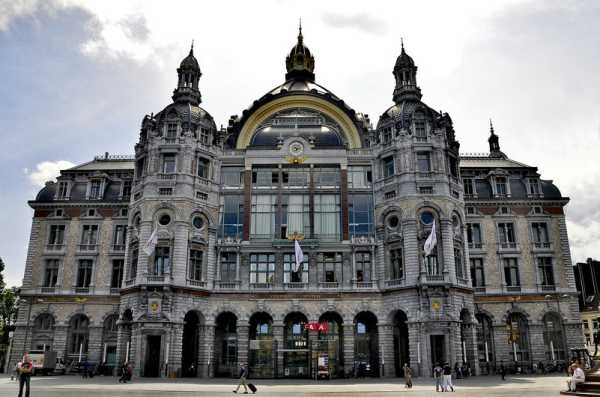 Antwerp's Central Station – the surrounding city quarter is the diamond capital of the world (Photo: Wikimedia)

Anyone walking around the area surrounding Antwerp’s Central Station can hardly ignore it. Antwerp is the diamond capital of the world. Thanks to its strategic location, the city has been inextricably linked to the trade and processing of the raw stones for centuries.

Around 85 percent of the world’s rough diamonds, half of polished diamonds and 40 percent of industrial diamonds pass through Antwerp.

But today a dark shadow looms over the once magnificent diamond quarter. Almost a third of the diamonds for trade in Antwerp come from Russia. Rough diamonds remain an important source of income for the Russian war apparatus. Every year Russia is raking in approximately $4bn [€3.7bn] in revenues through the export of rough diamonds.

Alrosa, which accounts for the majority of Russian diamond mining, has close ties to the Kremlin. Its CEO, Sergei Ivanov, is the son of one of Putin’s closest allies. The profits Alrosa makes finance the war against Ukraine. In addition, the company also has ties to the military industry and Rosatom.

And yet the diamond industry has managed to evade sanctions for nine European sanctions packages. They remain convinced that voluntary measures will suffice to eventually reduce the trade in Russian blood diamonds to zero.

That attitude is incomprehensible. In doing so, Antwerp undermines its own reputation as a sustainable and ethical trading center for diamonds. Striking, because the city has always played a pioneering role in this area.

As early as 1447, the city took strict measures against the trade in fake gems, including diamonds. And more recently, Antwerp was one of the pioneers of the Kimberley Process in an effort to ban blood diamonds from Africa from the European market. Why doesn’t the Antwerp diamond sector show that same leadership today?

The preparatory talks on the tenth European package of sanctions will start shortly. It remains unacceptable that Belgium, through the trade in a luxury product, continues to finance the ongoing bombing of Ukrainian civilians and infrastructure. It is high time that Russian diamonds, Alrosa and its CEO are added to the European list of sanctions.

The European Commission must put forward an ambitious proposal.

A halfway job will not be sufficient. We must reduce the trade in Russian blood diamonds to zero. An import ban on all forms of Russian diamonds seems to be the only right option.

Belgium has always said it will not block a ban on Russian rough diamonds. But the fact that diamonds were never included in the earlier sanction packages was a stroke of luck.

After witnessing the continued attacks against Ukraine and its citizens, Belgium now needs to shift gear and proactively support such an import ban.

In addition, Europe must prevent Russia from circumventing sanctions by shifting its exports to other trading centres such as Dubai and Mumbai.

To this end, the European Union must strengthen cooperation with other international partners and make binding agreements on the trade in Russian diamonds. More than 70 percent of the diamond market lies in the G7 countries.

Under the impulse of the European Union, the G7 could also work on an import ban for both direct and indirect trade. Russian diamonds that were processed in third countries must also be included in such an import ban.

But the real key to ensuring a sustainable and ethical trade in diamonds lies in improving their traceability. Currently, diamonds are graded based on quality characteristics, such as weight, shape or colour.

The mining origin is considered irrelevant during the valuation and sorting process. But nobody wants a blood diamond on their finger. Increasingly — and rightly so — both consumers and leading jewelry companies expect their diamonds to be ‘clean’. The technology to trace diamonds throughout the supply chain already exists today. Let us work together, including with partner countries in Africa, to set a new ethical standard for diamonds around the globe

By demonstrating leadership, we could kill three birds with one stone. We resolutely opt for sustainable and ethical diamonds, we exclude the trade in Russian blood diamonds from our market and put further pressure on Putin’s war machine.

Moreover, all of this will give Antwerp the best chances to continue to fulfill its role as the diamond capital in the coming centuries.

A Flemish version of this op-ed was published in the Belgian Newspaper De Morgen. 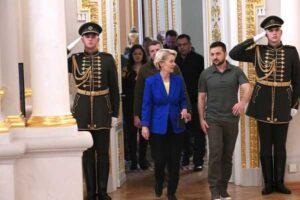 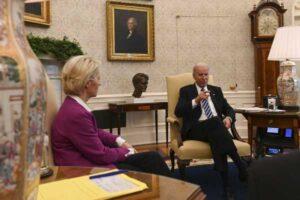 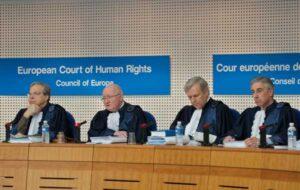