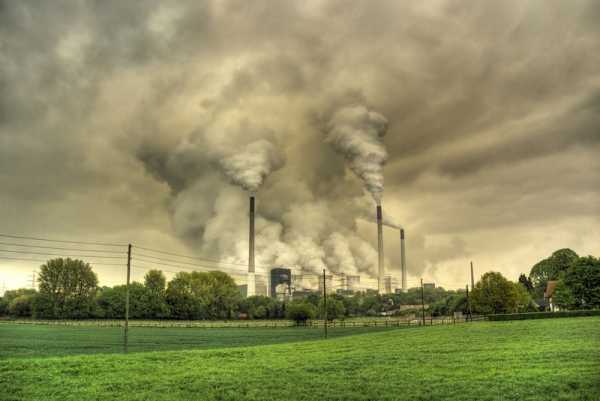 Without quantified targets, national capitals have no idea how much CO2 they want to remove, and by when. The direction of travel is obscure, transparency and accountability are weak (Photo: DerGuy82)

To keep global warming below 2C or 1.5C, carbon dioxide (CO2) must be removed from the atmosphere. This is what almost all climate scenarios say. Emission reductions are the backbone of climate action, but CO2 removal (CDR) plays a role. The Intergovernmental Panel on Climate Change calls CDR “unavoidable”.

The EU climate law determines that CDR will become a central part of EU climate action: from 2050 onwards, the EU should remove more greenhouse gases than it emits — a great challenge.

Are the member states ready for this challenge? The answer is no.

Although an important part of climate action, CDR is still a nerdy subject. No member state has a comprehensive debate on CDR, but only faint signs of an incipient discussion.

Without public discourse, it is no surprise that EU countries lack the basics of good CDR regulation.

In an ambiguous way, most national climate-neutrality targets consider reductions and CDR interchangeable. For them, reductions and removals are currencies of the same value.

Only Portugal has a legally-binding and quantified CDR target. Belgium, Hungary, France, the Netherlands, Spain and Sweden also quantify removal targets, albeit not legally-binding. The German climate protection law has targets for natural sinks.

Without quantified targets, national capitals have no idea how much CO2 they want to remove, and by when. The direction of travel is obscure. Transparency and accountability are weak.

Second, member states lack strategy. None have a specific CDR strategy. Only Germany has plans to adopt one. Rules relevant to CDR are scattered across different laws and policies. CDR is often nothing more than an unintended side effect of other policies.

National climate strategies do not fill this gap. They only describe CDR measures or reiterate existing policies. They avoid decisions on which measures should remove how much CO2.

This is a problem

For society, it matters how CO2 is removed. It makes a big difference for biodiversity, soil protection and climate resilience of ecosystems whether CDR happens through afforestation in monocultures or the restoration of degraded ecosystems.

For permanent storage of carbon, it matters whether CO2 is stored in biomass, plastic, or geological formations. For energy consumption, it is important whether direct air capture becomes an important pillar of CDR or not. The economic costs and technical maturity of CDR options vary hugely.

Third, EU countries often treat reductions and CDR alike. It does not matter whether a tonne of CO2 is emitted or not — if it is removed. This is another major shortcoming, because CDR is an inherently weaker form of climate action than emission reductions.

Removed and stored CO2 can leak, while emission reductions cannot. Technology-based CDR options might be able to address leakage problems, but they struggle with biodiversity, land use and energy consumption challenges, and high costs.

CDRs are also less effective at avoiding warming than equivalent amounts of avoided emissions — because of the asymmetry of Earth feedbacks.

Fourth, without targets and strategy, it is unlikely that the deployment of CDR at the required scales will happen. At the large scale in particular, CDR deployment will not occur by accident. It needs incentives, clear rules and, above all, time.

Fifth, and to make matters worse, member states have no clear definition of what a removal is.

What should be done?

CDR strategies are the first step. They can trigger the necessary public debate, promote societal consensus on CDR, and help adopt the required laws. CDR strategies should be adopted at the EU level and at the national level.

These strategies will differ significantly. Circumstances in EU states vary greatly. The EU can only set a basic CDR framework that might include targets, accounting rules and CDR definitions. But there are a few principles that should feature in all strategies.

As in the EU climate law, there must be a clear hierarchy: reductions first, removals second.

To make this hierarchy happen, strategies should be built on targets that clearly separate between reductions and removals. As set in the EU climate law, climate targets should consist of a very high reduction target and a very small removal target. Targets should not only apply for 2050, but also for 2040 and other interim years. To make them credible, CDR targets should be enshrined in law.

CDR strategies should also prioritise the restoration of degraded ecosystems — a no-regret option. Restoration offers many co-benefits for nature, strengthens climate resilience of ecosystems, is immediately available at low costs, and does not require large areas of additional land. It has large CDR potential.

At this point, EU countries are unlikely to lead the debate. It is more likely that the EU provides the required leadership.

In these circumstances, the Commission’s proposal on CDR certification is a milestone. It can put the EU on the right track — with a watertight CDR definition, and a firewall between removals and reductions; or the wrong track — dubious low-impact carbon removal schemes that pretend to offset what cannot be offset.

As the integrity of EU climate policy is at stake, the EU cannot afford to take the wrong turn. 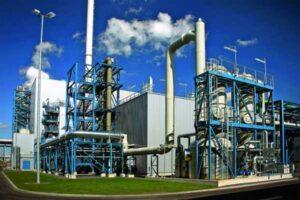 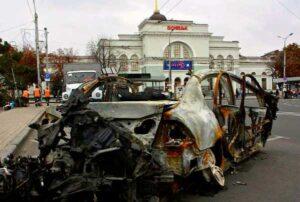 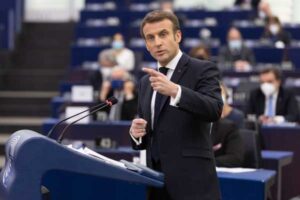